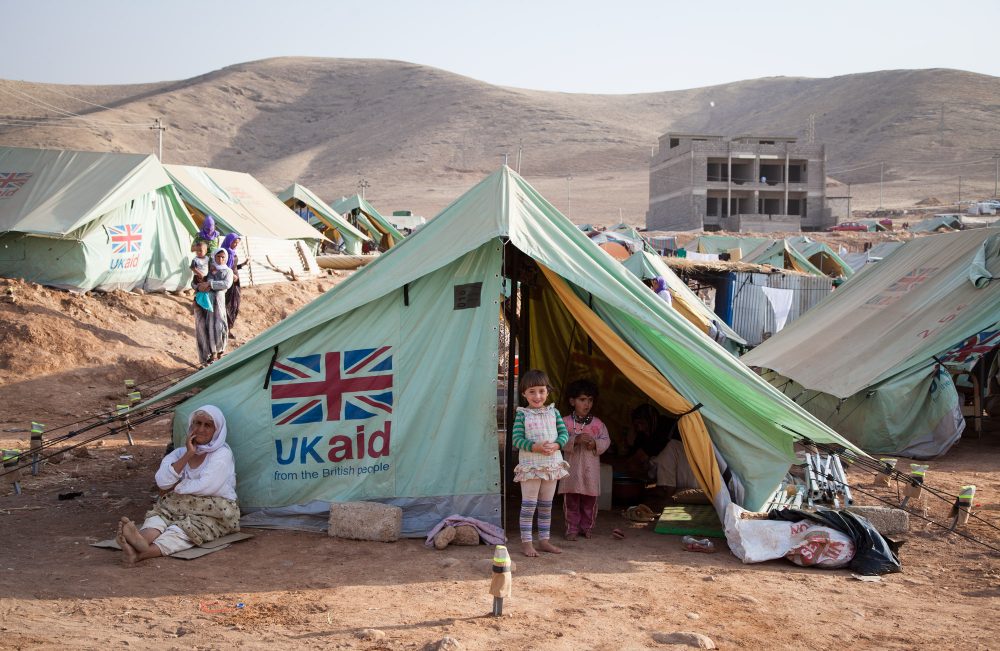 Tens of thousands of Iraqis suffering in the face of Daesh brutality will receive food, medicine, and shelter with the new package.

Speaking ahead of an Iraq pledging conference in Washington, Ms. Patel confirmed that £50 million will provide life-saving aid to the most vulnerable Iraqis including women, children, the elderly and sick. The assistance will allow people to buy basic essentials such as food and medicine, as well as providing clean water, vaccinations, and shelter.

Priti Patel said, “The UK is at the forefront of international efforts to tackle Daesh and its poisonous ideology. This new support will save lives and alleviate suffering while continuing to underline the UK’s commitment to taking its international obligations seriously and leading from the front when dealing with the big challenges of our time, including conflict and instability.” 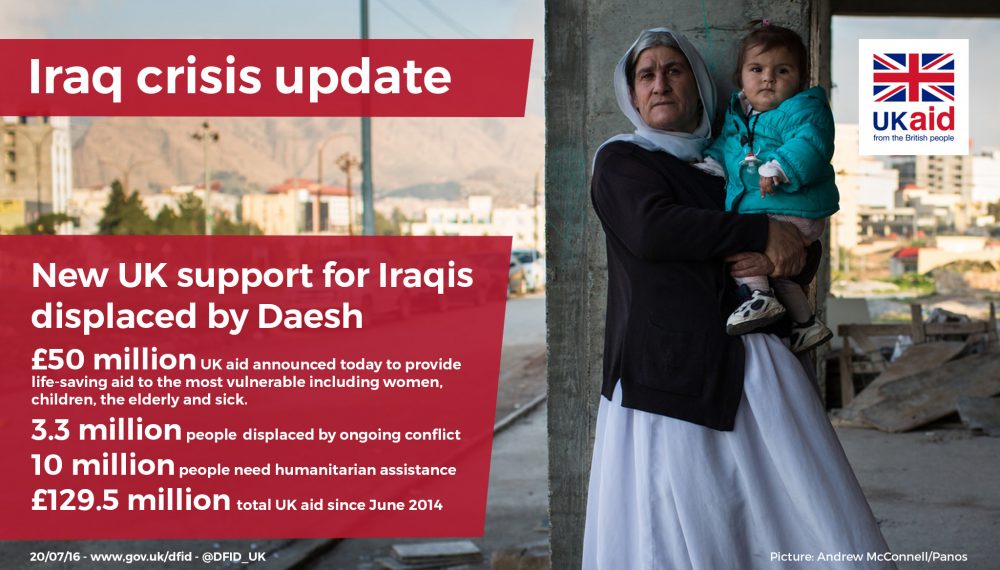 Some 3.3 million Iraqis have been forced to flee their homes as a result of the conflict in the wider region with a further 10 million people in need of humanitarian assistance.

This new support brings the UK’s total contribution to Iraq since 2014 to £129.5 million. This funding has provided enough medicine and emergency kits to reach 150,000 people and funded psychological support for over 50,000 displaced Iraqis, including specialist support for children and teenagers; and cleared over 1 million square metres of suspected Explosive Remnants of War-contaminated land to enable the establishment of five refugee camps. The £50 million in new funding will be made available to aid agencies working on the ground over the coming year and allocated depending on where the need is greatest.