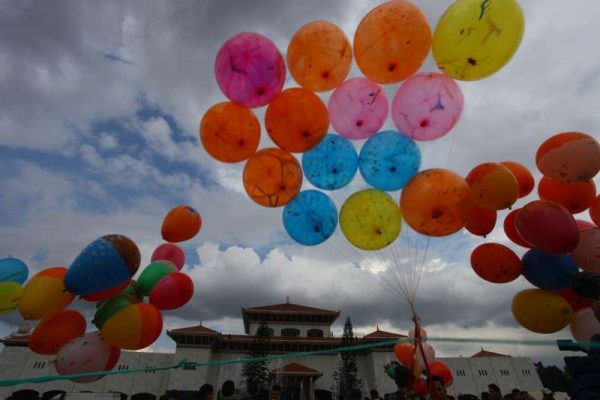 As the Himalayan republic preparing to mark the first anniversary of the quake, which devastated the former Kingdom, UK renews its support to various development projects. The UK government is currently providing aid, matching all public donations made to Handicap International’s appeal pound for pound, until 18 July.  The quakes in April and May killed over 8000 people besides leaving thousands disabled.

Baroness Verma said: “We have seen how devastating last year’s earthquakes in Nepal were and one year on, we continue to stand shoulder to shoulder with the people of Nepal as they repair and rebuild. But for those disabled by resulting injuries or disease it can be so much more difficult to get their lives back on track.

“The Department for International Development is committed to leaving no-one behind; by doubling donations to Handicap International’s ‘Every Step Counts’ appeal we will reach thousands of people living with disabilities in Nepal with rehabilitation support and jobs training, giving people opportunities to help rebuild their communities and actively contribute in creating a better future for their country.”

Department for International Development (DFID) has been one of the largest bilateral donors throughout both the immediate response phase and the difficult winter season faced by Nepal. Total commitment is equivalent to £70 million to the earthquake relief effort. Over all relationship: UK is one of Nepal’s largest bilateral development partners. Over the last 2 years DFID has provided more than £170 million of development assistance to help reduce poverty and promote economic development in Nepal.

The UK continues to support Nepal’s recovery efforts. This includes supporting rubble clearance and the restoration of vital infrastructure such as health services and police stations, and by helping vulnerable groups, including women and girls, rebuild their lives and livelihoods.
The British public also showed their huge generosity to the people of Nepal by raising over £85 million for the Disaster Emergency Committee’s (DEC) Nepal appeal, of which £5 million was match-funded by the UK government.

Over the past year UK aid has reached over 250,000 people with shelter; providing 50,000 people with hygiene kits and sanitation support,
supporting 30,000 people with essential household items, including kitchen sets, solar lamps, water purification tablets and mosquito nets
protecting over 200,000 people living at high altitudes were reached with vital cold weather supplies, including clothes, blankets and mattresses, to help them survive the freezing conditions and  ensuring 15,000 women and girls received dignity kits to help them maintain sanitation and hygiene whilst living without the privacy of a home. The UK aid also helped over 110,000 women and children with support and advice through specially designed female friendly spaces.

More than that the aid helped to protect over 500 vulnerable women and children from being trafficked.