Several hundred children and their families will be resettled in the first year…. reports Asian Lite News

A new scheme has been launched on the advice of the United Nations High Commissioner for Refugees (UNHCR) targeting unaccompanied children to provide support and resettlement to children defined as ‘at risk’.

The Government has announced on Thursday that it will work with the United Nations High Commissioner for Refugees (UNHCR) to resettle children and adults from the Middle East and North Africa (MENA) region.

In January this year, the Government had announced that it had commissioned the UNHCR to develop and lead a new initiative to resettle vulnerable children impacted by the conflict in the Middle East. Several hundred individuals will be resettled over the next year with a view of resettling up to 3,000 over the lifetime of this Parliament.

On the UNHCR’s recommendation, the scheme will not solely target unaccompanied children, but will also extend to vulnerable ‘children at risk’, such as those threatened with child labour, child marriage and other forms of abuse or exploitation. It will be open to all at-risk groups and nationalities within the region.

The new scheme, which is the largest resettlement effort aimed specifically at children at risk from the MENA region, is in addition to the Government’s commitment to resettle 20,000 Syrian refugees under the Vulnerable Persons Resettlement Scheme (VPRS). 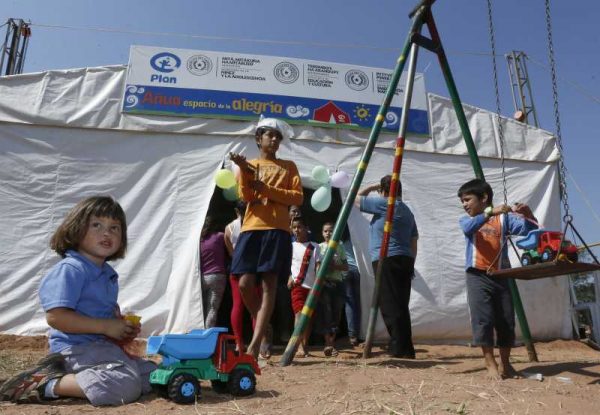 Gonzalo Vargas Llosa, UNHCR Representative to the United Kingdom, said, “Today’s launch of the UK Government’s resettlement scheme for refugee children at risk is an important contribution to UNHCR’s continuing efforts to address the global protection needs of refugee children, including through resettlement and other pathways for admission. “

The Government has also announced today its initial offer of support for the implementation of the EU-Turkey migration agreement in Greece to prevent illegal crossings from Turkey to Greece. The UK will offer 75 expert personnel to help with processing and administration of migrants in reception centres. This will help to ensure that vulnerable people, including children, are identified and can access asylum systems as quickly as possible while other migrants will be returned to Turkey in accordance with the EU-Turkey deal.

The new agreement is in addition to the work being undertaken by Kevin Hyland, Anti-Slavery Commissioner, to visit hotspots and assess what more can be done to ensure unaccompanied children are protected from child traffickers.