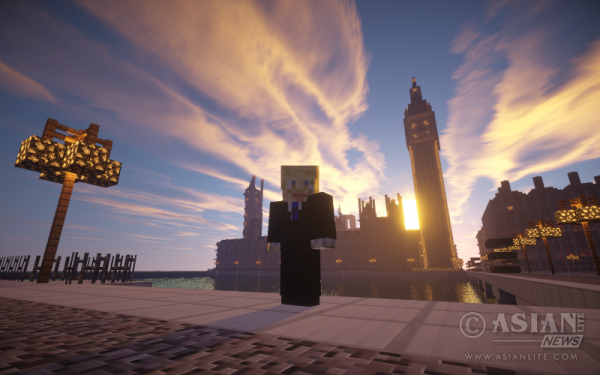 Hundreds of women marched together on Mothering Sunday in support of `walk in her shoes’ campaign by Care International UK, the charity fighting poverty for girls. Eminent personalities such as Annie Lennox, Bianca Jagger and Helen Pankhurst – great granddaughter of the Suffragette founder Emmeline – joined the march to mark International Women’s Day in London.

Justine Greening, UK Secretary of State for International Development joined the rally to announce that the government would match funding for people taking sponsored Walk In Her Shoes 10,000 step challenge.

Care International conducted this march in solidarity with the women and girls who have to spend their days walking for water in world’s poorest countries. This daily trek prevents them from going to work or school, and in turn cannot fulfil their full potential.

“I’m pleased to lend my support to a campaign which aims to free women and girls from the same sense of domestic servitude that the suffragettes struggled against 100 years ago,” said the author Jacqueline Wilson.

The event was kicked off with a drumming performance at the scoop amphitheatre in South Bank in Central London.

Walk In Her Shoes is part of the `Help Her Live Learn and Earn campaign’ meaning every pound you raise, between now and 4 June, will be doubled by the UK government – with the extra funds going directly to water, sanitation and women’s rights projects in Ethiopia.

“Walk in solidarity with women and girls across the world, we can and we will make a difference,” said Helen Panhurst, as she joined forces with schoolgirls dressed as Suffragettes. The schoolgirls in period dress and wearing sashes emblazoned with the slogan ‘Deeds not words’, sang and chanted feminist anthems.

“There is so much more to be done in terms of creating transformative change towards a fairer and more equitable world. That is why I’m joining Walk In Her shoes”, said the 61 year old singer, Annie Lennox. She is said to have appealed to ‘any woman or girl or man’ to continue the fight for equal rights for which the suffragettes blazed a trail more than a century ago, adding that ‘all men must be feminists’.

She was joined by a host of public figures including London mayoral hopeful Sadiq Khan. Hundreds of people packed the Scoop amphitheatre on London’s South Bank to listen to speeches from survivors of female genital mutilation (FGM), politicians and feminist campaigners, before setting off on a march.

Helen Pankhurst added that she felt ‘really honoured’ and ‘proud’ to have such a revolutionary ancestor but warned there was still a need for solidarity and activism.

She was quoted as saying that this year ‘we’ll also be thinking about the many refugees who have trekked hundreds of miles to find safety, many of them mothers, forced to carry their children from one danger zone to the next’.

Bianca Jagger said the turnout was ‘inspiring’ and echoed Dr Pankhurst’s sentiment that it was important for feminists to physically come together. Although he did not attend the march, Labour leader Jeremy Corbyn is believed to have announced that he was supporting a campaign to erect a statue of Mary Wollstonecraft in celebration of ‘the women who have shaped our country’, saying ‘It’s time to redress the bias of statues and memorials towards men.’