Research by Sheffield Hallam University, released on Wednesday reveals the uneven impact that welfare reform will have on people and the places they live in the UK

The new reforms which are slated to be effective from next month are expected to take almost £13bn a year from claimants by 2020. The research, commissioned by the Joseph Rowntree Foundation (JRF) and Oxfam, identifies a profoundly uneven impact across the country, with older industrial areas, less prosperous seaside towns, some London boroughs and a number of other northern cities are hit hardest.

By contrast, much of southern England outside London escapes relatively lightly, with ten areas which will lose the least amount of money being in South East England, says the report. 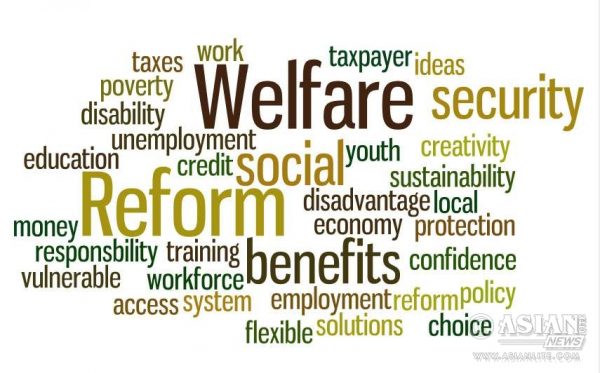 The research also reports that a number of the new reforms will hit tenants in council and housing association properties which will lose more than £6bn a year. It also shows that on an average, working-age social sector tenants lose more than five times as much as working-age owner occupiers.

It is also interesting to note that in the report, it is mentioned that 15 of the 20 hardest-hit places will have more than the national average share of households with three or more children which will hit the Asian population the most.

The new report, by Professor Christina Beatty and Professor Steve Fothergill from Sheffield Hallam’s Centre for Regional Economic and Social Research (CRESR), follows their 2013 report on the impact of the welfare reforms introduced after the 2010 election.

Professor Beatty said, “Parallel changes in tax, the minimum wage, social sector rents and childcare entitlement will go some way to offset the losses, but it is unlikely that the full financial loss will be offset.”

Professor Fothergill added, “Many individuals and households in more prosperous parts of the country will barely notice that welfare reform is under way.  For others however, the financial consequences will be only too obvious.”

Rachael Orr, Oxfam Head of UK Programmes, commented that the report confirms that social security cuts will further entrench deep-seated regional inequalities across Britain, hitting some of our most deprived communities the hardest.

Brian Robson, Policy and Research Manager at JRF, said, “Positive steps like the National Living Wage will help to build a society with higher wages and less need for welfare.  But we’re not there yet, and reducing support before people are able to offset the losses will leave many families struggling.”

The welfare reforms that have been announced since the 2015 general election, implemented in stages from April 2016, are: