Writing in the Observer, the new mayor London says Prime Minister David Cameron and Goldsmith deployed tactics “straight out of the Donald Trump playbook” to garner support from the non-Muslim voters.

“They are trying to turn different ethnic communities against each other to stop him winning in the capital,” wrote Mr Khan. “They used fear and innuendo to try to turn different ethnic and religious groups against each other – something straight out of the Donald Trump playbook. Londoners deserved better and I hope it’s something the Conservative party will never try to repeat.”

Khan chose Southwark Cathedral for his signing-in as mayor, where he said he was determined to govern for all Londoners and “every single community.”

Cameron’s election strategist Australian Lynton Crosby led the campaign to portray Khan as a radical. Through Cameron, Defence Secretary Michael Fallon and Goldsmith, the Conservatives suggest Mr Khan had questions to answer because he had shared platforms with extremists in the past and defended them in his time as a human rights lawyer.

The defence secretary described Khan as a “Labour lackey who speaks alongside extremists.” 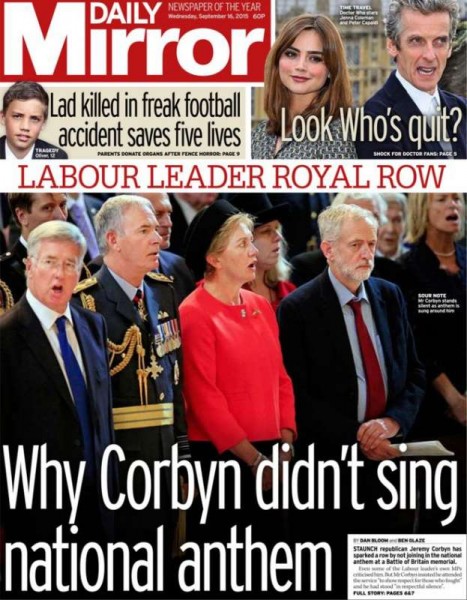 Khan later said it was a matter for Cameron whether he wished to apologise for the content and tone of the Tory campaign, but vowed to work with the him in the interest of Londoners.

Mr Khan in the article also said Labour can only win elections if it reaches beyond its own activists. He said internal party squabbles “mean little or nothing to the huge majority of voters”.

Mr Khan vowed to do all in his power to make London “better”, as he took office as the new mayor on Saturday.

In the article Mr Khan, the capital’s first Muslim mayor, also said Labour only won when it faced outwards and that, however tempting, the party must resist focusing on internal issues.
He said: “Labour has to be a big tent that appeals to everyone – not just its activists.

“Campaigns that deliberately turn their back on particular groups are doomed to fail. Just like in London, so-called natural Labour voters alone will never be enough to win a general election.
“We must be able to persuade people who previously voted Conservative that Labour can be trusted with the economy and security, as well as improving public services and creating a fairer society.”