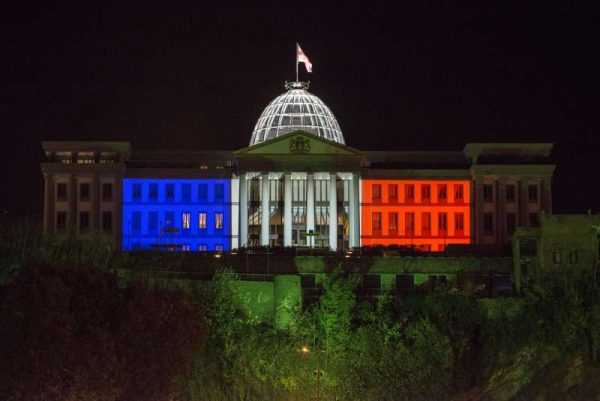 An internecine battle between various European Union nations, especially between France and Belgium, which had been brewing since the November 13, 2015 attacks in Paris, flared up in public again after the carnage in Brussels on Tuesday.

Barely had the news of terror attack in Paris spread that several French officials, including senior ministers in the government, blamed Belgium for “hosting” the alleged terrorists who were suspected to be behind the Paris attacks. The French alleged that the Belgians knew of the radicalisation of a significant part of Muslim-dominated areas in Brussels but turned a blind eye to radical Islam taking root in their capital city.

And on Tuesday, French Economy Minister Michel Sapin told a French news channel that the Belgian government had, “intentionally or unintentionally, as they may have hoped for better integration of the Muslim minorities with the mainstream society, let communalism and radical Islam prosper in Maelbeek” (a Brussels locality that has been under the lens since the Paris attacks).

“The Belgian government clearly has failed in doing the needful and perhaps it is a kind of naivety with which they handled the entire situation,” Sapin went on to tell the television channel.

Some French media also went on the offensive against Belgium, saying that the authorities had not taken the necessary steps to prevent the attacks, even though Brussels has effectively been in a lock-down kind of situation since the November 13 attacks.

On Tuesday evening, a French radio station host was told by a French security expert that the Belgian police had come to know of the hiding place of Salah Abdesalam, the alleged mastermind of the Paris attacks, a couple of days before his arrest last week.

“However, the Belgian police refused to raid the apartment in the middle of the night, when the information was shared with them by the French police, saying that the Belgian law did not allow police to make arrests from homes before day-break. How seriously can you battle the mounting security challenges with such an attitude,” the expert wondered.

Luckily for Belgium, several other French officials, including Prime Minister Manuel Valls himself, interjected and criticised Sapin for his comments. “At this critical moment, when we are faced with an unprecedented challenge, Europe can not afford to be divided or even seen as divided,” Valls told a French radio show Wednesday morning, adding that if Belgium had difficult quarters with challenges, so did France.

“I am not here to give lessons to our Belgian friends. We also have parts of our cities under the influence of drug traffickers and extremists,” Valls added. “All over Europe, and in France, we had turned a blind eye to increasing extremist ideas and salafists,” the French prime minister admitted.

Sapin was also taken to task by his other party colleagues and other French politicians who said that France was almost in the same position as Belgium and had nothing to preach to anyone.