Pope Francis has called the massacres of Armenian people under Ottoman rule a genocide, an expression that caused a diplomatic crisis in Turkey last year….reports Asian Lite News 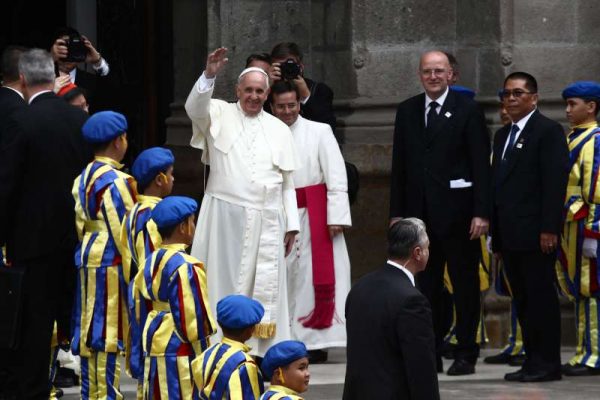 Pope Francis reiterated his April 2015 message on Friday, in which he paraphrased Pope John-Paul II, describing the forced deportations of Armenians by the Ottomans in 1915 as the “first genocide of the 20th century”, EFE news agency reported.

Speaking in front of the President of the Republic of Armenia, Serzh Sargian, in the presidential palace, the Pope said, “On that occasion we marked the centenary since the ‘Medz Yeghern’ (‘Great Crime’ in Armenian) that struck your population and brought death to a great many people.”

This sparked a diplomatic crisis with Turkey at the time and who don’t consider the Ottoman crimes to be “genocide”, but rather consequences of war.

“This tragedy, this genocide unfortunately opened a sad list of terrible tragedies in the last century caused by abhorrent racial, ideological or religious motives that blinded the minds of the executioners to the point where their goal was the annihilation of entire populations,” he said.

The Pope’s remarks drew applause in the country where many still campaign for the re-classification of the events, in which it is estimated that up to 1.5 million people died, as “genocide”.

The Pope, who is due to stay in Armenia, in the southern Caucasus, until next Sunday, expressed his desire for humanity to learn from these tragedies.

As well as several religious visits, the Pope is also due to visit the Tsitsernakaberd memorial to the victims of the “genocide” in the capital, Yerevan.