Saeed Naqvi tries to make sense of the Istanbul attack and the whether it was a counter attack on the Fallujah operations.

Could the terrorist attack on Istanbul’s Ataturk airport killing 43 and injuring hundreds be a blowback from the Fallujah operations concluded three days ago? Does Fallujah, in the end, indicate a more cooperative operation compared to, say, Tikrit last year? Is a resumption of US-Russia cooperation over Syria causing anxiety among abandoned militants?

Dan Rather, former CBS News anchor, described the air strikes on columns of ISIS vehicles on the highway outside Fallujah thus: “There was a video-game quality about the air strikes – the accuracy with which targets were hit.” Are the Americans showing a decisive sense of purpose – a frightening scenario for militant groups protected by regional powers with influence in Washington?

A look at the details of the mosaic. Multiple interests were involved in the Fallujah operations – US advisers and air force, Iraqi forces controlled from Baghdad, Shia militias, mistrustful of Baghdad, but with allegiance to the clerical authorities in Najaf and Karbala. These militias were being advised by Iranian experts.

Americans wanted their own nominee, Prime Minister Haider al Abadi, to take the credit. The Fallujah endgame was slow in coming because the Americans carried on their shoulders the burden of protecting and providing safe passage to “assets” holed up in Fallujah affiliated to the Saudis and the Turks. It was a delicate balancing act excellently executed. The balance has presumably been retained in the arrangement with the Russians too.

A complexity in Iraq is the continuing distance between Ayatullah Sistani in Najaf, the ultimate source of Shia authority in Iraq, and Prime Minister Abadi, a Shia but low in Najaf’s esteem. Despite not being given an appointment by Sistani’s entourage last year, Abadi turned up in Najaf. He was sent back without an audience with the Ayatullah. 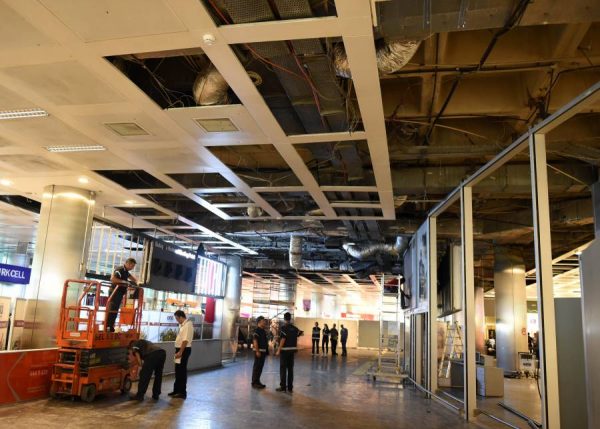 The clerical collective in Najaf and Karbala would like the Prime Minister in Baghdad to be free of American influences. There is an irony involved here. Had the Americans not knocked out Saddam Hussain and his iron clad, Baathist regime, there would not have been any Shia power in Iraq. Even Najaf may change after Fallujah.

Turkish President Tayyip Erdogan who, until 2012 had shot past even Mustafa Kemal Ataturk in the national popularity stakes, slipped badly over Syria. He tore his secular mask and came out in loud Muslim Brotherhood colours.

Brothers became a column in the architecture of the ISIS under Abu Bakr al Baghdadi. The central column were the once “Godless” Baathists of Iraq who, in reaction to Shias replacing Saddam in Baghdad, rediscovered their devout Sunni roots. Money and Salafis came from Saudi Arabia. This, roughly, is how the brand called ISIS was set up.

Remember US Defence Secretary Ashton Carter announce last year that a $500 million programme to train independent groups in Syria had to be abruptly discontinued. Which groups were being trained? Why was the project sunk without trace? The optimistic take on the Americans after Fallujah is this: Yes, we have been making mistakes but we are learning – more patience please.

The difficulty in Fallujah was similar to the one faced in Tikrit last year – the difficulty of extricating ingredients from the concoction called the ISIS.

In March last year, Shia militias supported by Iran had cornered a powerful ISIS contingent in Tikrit. Americans pressured Abadi to abort the operation. The reason given was plausible: Shia militias triumphing over Sunni ISIS would aggravate the Shia-Sunni divide. Saudi Arabia would throw a fit. Turkey would also not like Muslim Brotherhood elements thus cornered. Brothers were not mentioned but it was understood that Reccep Tayyip Erdogan had interests in the ISIS – his way of fighting Assad without being brazenly in the field.

The reality was somewhat different. Abadi was being pressurized to abort the Tikrit operation because important Saudi assets in Tikrit had to be given safe passage.

The Wall Street Journal reported: “Iraq began its attack without alerting the US or its partners. Instead, Iran played a leading role in guiding Shia militias and providing weapons.” The US spokesman said: “Shia advance on Tikrit got stalled, prompting Iraqi government to seek US air support.”

The Iranian version was different: “The US brought pressure on Baghdad to withdraw Shia militias from Tikrit. Only then would US launch air strikes.”

An American Field Commander gave the game away: “Iraq is going to have to decide who they want to partner with. We’ve been demonstrating all across the country and now in Tikrit that we are good and able partners.” After Fallujah, the choices in Baghdad and Najaf should be clear.

The same complications and hesitations that characterized Tikrit surfaced in the Fallujah operation too. But on this occasion Iran, having made its nuclear peace with Washington, was not as motivated to embarrass the Americans. In the end it turned out to be a successful cooperative venture in which the Americans played a demonstrably key role. Erdogan’s change of heart, his about turn on relations with Russia and Israel plus Fallujah may well have precipitated the blowback which cost 43 lives at Istanbul’s airport.

A bigger test lies ahead in Mosul where the ISIS first reared its head. Military action can defeat core groups but not the “idea” of ISIS which will unfurl all its fangs in an asymmetrical war called suicide attacks. All countries participating in the Mosul operation must alert their domestic constituencies. Donald Trump’s campaign in the US and post Brexit Xenophobia in Britain are liable to feed on the consequences.