A mum of four girls from Manchester has won a nationwide competition organised by the charity Islamic Relief as part of its Ramadan Fundraising campaign.

Thirty- nine-year-old Azlina Shamsudian, a Forecast Analyst and Developer from Manchester, won the Golden Ticket which will take her to Mecca out of more than 100,000 other Islamic Relief supporters.  “After receiving confirmation over the phone that I had won, I was over the moon! I can’t believe myself of this great gift. Praise to Allah. It is really a blessing to receive such a gift in this holy month of Ramadan,” she says.

Azlina will receive her award at the Eid celebrations taking place at Old Trafford Football stadium during the week-end of July 9 and 10. The trip has been sponsored by Al-Hidaaya Travels. 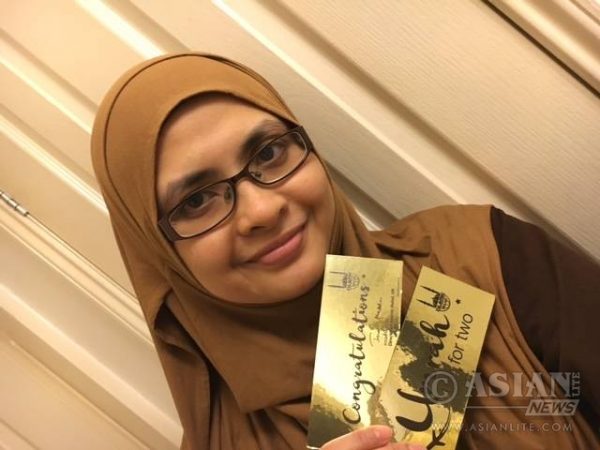 Azlina has been a supporter of Islamic Relief for five years. She supports the charity because, “I like the approach and causes that Islamic Relief do. They are always on top of the latest issue and humanitarian needs,” she says.

The charity’s Ramadan campaign encourages donors to ‘gather the rewards of Ramadan’ by giving generously in a month when Muslims believe good deeds can be multiplied more than 700 times. The aim is to raise over £11 million to save and transform lives around the world.

“Our Ramadan campaign heavily features the word ‘SubhanAllah’, meaning ‘glory to God’,” says Imran Madden, Islamic Relief’s UK Director. “We want to proclaim ‘SubhanAllah’ because together we are winning the fight against extreme poverty and because Ramadan offers the opportunity to lift more people out of poverty and gather rich rewards by supporting those less fortunate than ourselves.” 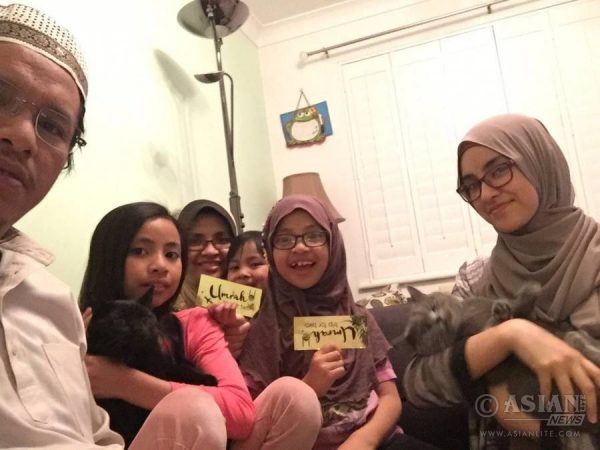 Azlina will receive her prize at the biggest ever Eid Festival.  “The idea is to make the celebration of Eid a universal one, by uniting communities on a common pitch – pardon the pun,” says Ateeq Salik, Islamic Relief’s Regional Manager in the North West. “Sport and, of course football unites people of all faiths and ethnicities, and what better place to come to than arguably the biggest club in the world, Manchester United. We want to create an environment that is welcoming of all faiths and ethnicities to come and experience the wonders of Eid, while raising vital funds for charity. And of course supporters of all football clubs are equally welcome!”

Money raised from the festival will go towards Islamic Relief projects for orphans across the world, and will also support various local causes.