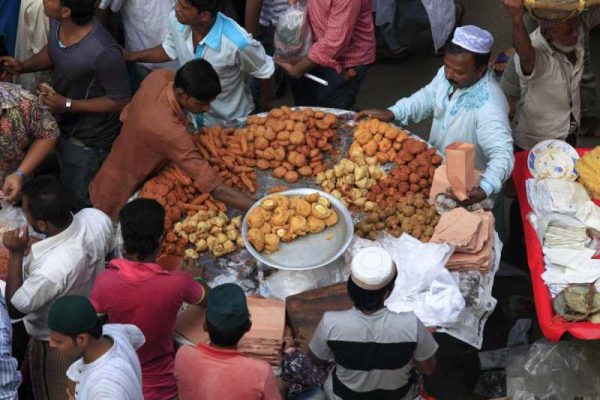 There is much irony in that Ramadan is meant to be a month of abstinence from desires and temptations, with food topping the list. Yet, the central memory to most is Ramadan’s association with food. Two words that go hand in hand while describing the month are: fasting and feasting.

I have also known families who pre-plan the entire month’s lavish menu ahead. A month meant to rein in our hunger and cravings becomes just the opposite. A point that is commonly made is that Ramadan makes us realise what the less privileged feel when they do not get sufficient food or any food at all. But as it is for most, do the less privileged know that at sunset everyday, their tables will be laden with the richest food one can cook?

There are a growing number of people who are against this over-indulgence in food. A friend tells me that they start Iftar with a soup and follow-up with a light dinner later. Being in the UK is a challenge because there is less than six hours between the breaking of the fast to the starting of the next fast. The Prophet Mohammed (Peace Be Upon Him) has said, “No human ever filled a vessel worse than the stomach.”

During the first few days, I would stuff my face with food so that I can stay as full as possible through the fast. But in a few days, I end up feeling that a simple, nutritious pre-dawn meal is enough to sustain me. It is a striking realisation at how our bodies can adapt and adjust on a low quantity of food and in comparison, on other ‘regular’ days, the way we overfeed ourselves.

According to a recent Guardian piece, in the UK, more than eight million people struggle to put food on the table, with one in ten going an entire day without food. These people are not simple statistics but are part of our daily-lived experience—as our neighbours, fellow commuters and others who cross our paths everyday.

A better practice is to keep a portion of food or weekly shop budget aside to donate to a neighbour, a friend or a food bank close to you.