In sixth century Arabia, when the message of Islam was beginning to spread, it was met with aggressive resistance. Of course, expectedly so. We don’t take to change very kindly most of the time and much less if it intends to shake our foundations. When something seems to be working for generations, why try to fix it?

At a time when life was so entrenched in hierarchy, of tribes and the free versus the slaves, Islam’s egalitarian message baffled many. One of the prominent tribes, the Quraysh, to which Prophet Mohammed (PBUH) belonged, felt their trade threatened. The men who thrived on the religious pilgrimages to visit the hundreds of idol Gods were threatened by the loss of revenue if Islam’s monotheistic message was adopted widely. The fear was also shared by the money-lenders and some businessmen at the time who viewed Prophet Mohammed’s (PBUH) stance against dealing with interest/usury an economic threat. 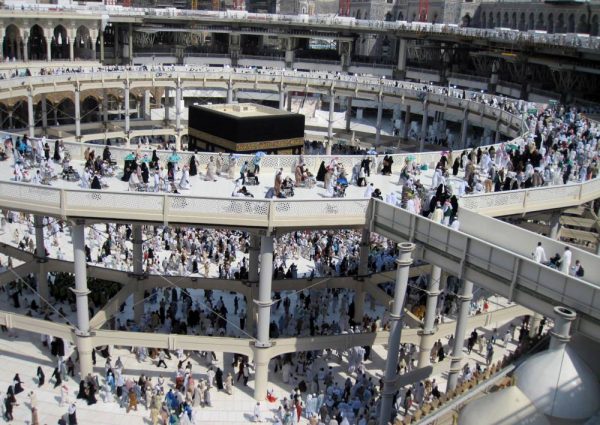 The tension reached a high point when the Quraysh finally decided that killing Prophet Mohammed (PBUH) would be the best solution. Eventually, Prophet Mohammed (PBUH) was informed of their plans and he escaped, leaving Mecca. But the period that follows is one of deep sadness and distress for the whole of Mecca. It was the time for the Muslim community to find a new home in a more peaceful place where they could practice freely. This is when Madina became central to the Muslim worship.

For most of the initial converts, it was a very tough decision. There were divides in families because of any member who had converted to Islam. But this time, they all had to leave. This was called the ‘hijra’ and also marks the beginning of the Islamic calendar. Doing this hijra had a much deeper meaning; it was about leaving blood ties and tribal allegiances behind, and letting go of the past. This was the newly constructed community-hood, an alternative to the tribalism—the umma. The Muslims formed a new collective community based on egalitarian values that transcended any caste, colour, creed differences.

If we delve deeper into this small episode that has a monumental impact on the legacy of Islam, it is humbling to liken our lives to that of those early converts. To evolve into better people, we need to make a hijra too. We must leave behind what holds us back, what controls our happiness, ties that only bind us into a narrow community instead of allowing us to experience the magnanimity of being alive.

Each Ramadan presents itself as this moment of spiritual hijra; what are we willing to leave behind, however painful, to be a better and happier version of ourselves?