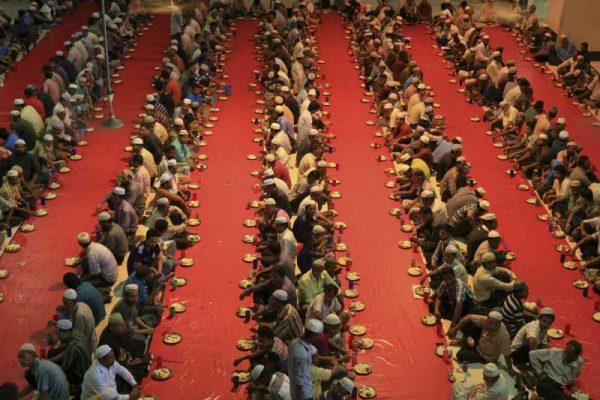 When we are upset, it is so easy to become ungrateful towards anything that we should appreciate and be thankful for. One of the pillars of Islam is Zakaah, which means to give charity. It is a sentiment that is boosted during this month, thanks to the bonus points it adds to our religious performance review.

Charity is integral to Islam and even as children, we are taught to put others’ needs before ours. Personally, this fuelled a deep sentiment towards equality and justice; particularly in my idealistic teen years, inequality upset me and I was constantly driven by this need to reduce disparity as much as I could. I think that is a valuable lesson to be learnt so early on. It continues to drive me to this day; it is not a sentiment restricted to the month of Ramadan, but it forms the core of who I am.

In January 2014, visiting a temporary camp for hose displaced by riots in Muzaffarnagar I felt like this was India’s own Syria. The tents, some made with pieces of plastic, sat in a melancholy, drowned in the morning mist in the middle of sugarcane fields. The people were robbed of their livelihoods overnight; when the mobs came, they ran and therefore, they had no clothes or shoes, except the ones they had been wearing. Then, it had been four months since the riots. Many local farmers and people sent food supplies and tried to help out. Students from universities volunteered to treat health problems and also helped build new homes for the displaced. One day, walking through the camp and talking to women, I could not help but be struck by their generosity. They offered to share their lunch with me: a simple plate of boiled rice.

You could take away the livelihoods of people overnight, but you cannot take the spirit of sharing and charity so easily. This month is a time to reflect on what can we let go of easily, and more importantly, what we struggle to let go of. Have we spread our wants too thick? What if life threw a curveball, how well can we adapt? The goal is to avoid becoming Hem (of ‘Who Moved My Cheese’ fame). Charity is spiritual recycling, not as altruistic as we would like to think though. We give because many times, giving is more fulfilling and peaceful than the clutter of receiving. It is the stuff gratitude is made of.