Coach Klopp wary of Liverpool being weighed down by past failures….reports Asian Lite News 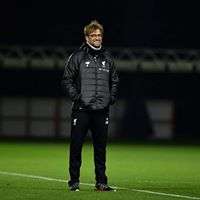 Liverpool FC chief coach Jurgen Klopp is wary that the city-based football club is not weighed down by the failures of previous generations as it aims for the English Premier League (EPL) title this term.

Liverpool have not won a title since the 1989/90 campaign, but are currently second in the table — six points behind league leaders Chelsea.

“We are not the last 25 years. We are now. We are this generation. As much as we love all the guys from the past which created this club, we cannot make their job. We have to do our job,” Klopp said in an exclusive Christmas interview with Sky Sports’ Jamie Redknapp.

“Let’s do it and let’s try it. We are good enough and the club is big enough. We have the owners we need because they don’t want to sell players. Nobody should leave here because of money. We are not the best paying club in the world, but we can pay enough to stay,” he added.

“This moment at Liverpool is fantastic and we have to use it. We are in the present really good and the future is bright, so go for it. That doesn’t mean that we can’t lose games. What really makes the joy a little bit smaller is when we lose a game people say ‘that’s like the season 2004-05 when we lost to I-don’t-know where’.

“It’s not, it’s never the same. We do not have it in our DNA that we lose a decisive game.”

Klopp stresses on the fact that they will need an element of luck if they are to go on and clinch the trophy in May.

“Whenever you look back it always looks like Manchester United or whoever did everything right in each game, but they won a lot of games in the last minute and you think it’s quality, but it’s coincidence most of the time. Very often it’s individual quality in a moment or it’s coincidence. You need to have the luck.

“But you need to be prepared for these moments. You need to make the percentage of coincidence and luck as small as possible. All the rest need to be planned and what we can plan, we do.”

The German coach also admitted that Chelsea have been the best team in the EPL so far, but maintains there will be plenty of twists in the title race.

“When they go on like this they are the deserved champions, nobody could have a doubt about this,” he added.