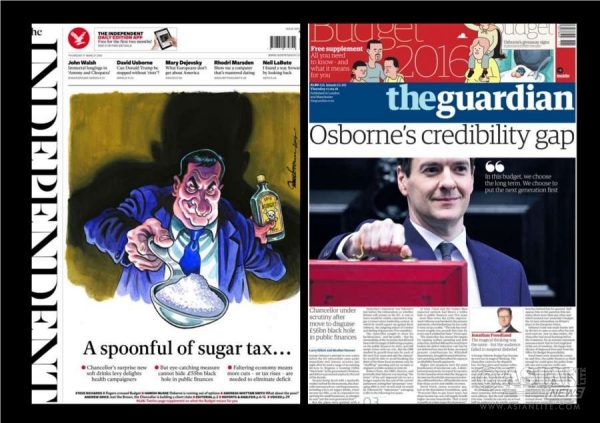 Britain’s Chancellor of the Exchequer George Osborne said here in a speech on Friday he has abandoned his target to restore government finances to a surplus by 2020. Addressing the Greater Manchester Chambers of Commerce, Osborne referred to the aftermath of the Brexit vote and said he would have to be “realistic about achieving a surplus by the end of the decade”.

It would mean delaying when his 2020 would be achieved, Xinhua quoted him as saying.

Osborne said there were already clear signs of shock in the economy in the first week after the June 23 referendum when Britons voted by a narrow margin to leave the EU after more than 40 years of membership.

In the past few days, Britain has lost its last AAA credit rating, prompting Bank of England governor Mark Carney to say on Thursday night that Britain’s record low 0.5 per cent interest rate may have to be reduced further in the coming weeks.

Carney warned that the British economy was suffering from “economic post-traumatic stress disorder”.

Osborne said: “As the governor of the Bank of England said, the referendum result is, as expected, likely to lead to a significant negative shock for the British economy. How we respond will determine the impact on people’s jobs and on economic growth.”

“The Bank of England can support demand. The government must provide fiscal credibility, so we will continue to be tough on the deficit but we must be realistic about achieving a surplus by the end of this decade,” he said.

“This is precisely the flexibility that our rules provide for. And we need to reduce uncertainty by moving as quickly as possible to a new relationship with Europe and being super competitive, open for business and free trading. That’s the plan,” he added.

It was at the Conservative Party’s 2013 conference when Osborne first outlined his mission to return the nation’s finances to surplus by 2020, the year of the next general election.