The Indian embassy in Cairo and the Maulana Azad Centre for Indian Culture are hosting a Tagore Festival here from May 8-12 to mark the 155th birth anniversary of poet laureate Rabindranath Tagore. Tagore, who received the Nobel Prize for Literature in 1913, is not unknown to Egypt. He visited Egypt as an adolescent in 1878 and later as a famous poet-philosopher in 1926 when he met King Fouad and interacted with scholars in Alexandria and Cairo. His friendship with Egyptian poet Ahmed Shawqy is well known and he wrote a moving eulogy on his friend’s death in 1932.

“I bow to Gurudev Tagore on his birth anniversary. He was a versatile personality whose profound thoughts and writings continue to inspire,” Modi tweeted. Tagore, who received the Nobel Prize for Literature in 1913 was born on May 7, 1861. He died on August 7, 1941.

Tagore was impressed by the strong literary trends and found great resonance in the intellectual movement in Egypt. He also wrote about the relationship between the Nile river and the Egyptian civilization.

The Egyptian Caricature Society has curated an excellent collection of portraits from across the globe on Tagore. These will be exhibited during a painting exhibition, which will be inaugurated on May 8 and will remain open for the entire duration of the festival. 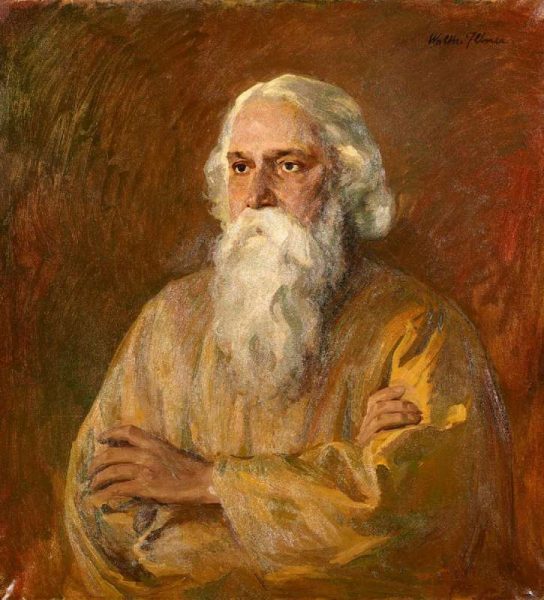 Egyptian scholars have translated many of Tagore’s works into Arabic and have also written several books on Tagore.

These books are available at the National Library of Egypt, which is collaborating with the Indian embassy in organizing an exhibition of all such books to be inaugurated on May 9.

The Festival will feature the Tagore dance drama “Shapmochan” (Breaking the Spell) on May 9 by well-known Indian classical dancer Dona Ganguly, who hails from Kolkata.

The movie “Ghare Baire” by legendary Indian filmmaker Satyajit Ray will be screened on May 10. The movie is based on a novel written by Tagore.

Shreya Guhathakurta, renowned Rabindra Sangeet exponent, will present songs written and composed by Tagore to the Egyptian audience on May 11.

The festival will conclude on May 12 with a seminar on contemporary literature “Tagore, Shawky & Mahfouz”, which will feature Indian and Egyptian scholars and writers and will be conducted by the Supreme Council of Culture.

As a build up to the Tagore Festival, the Indian embassy organised a month-long online Quiz Completion, which started on April 10 and an essay competition on Tagore for students.