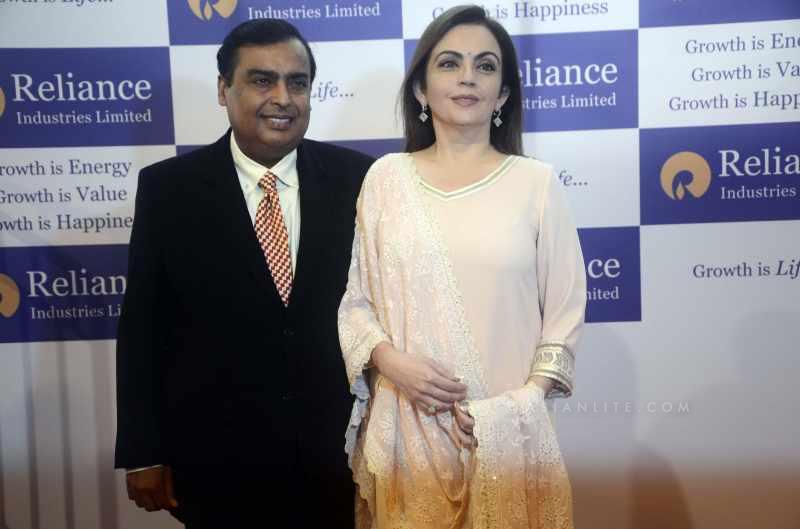 At a time when the Indian telecom sector is in stress, with the upcoming spectrum auction expected to add to the burden, the startling Reliance Jio announcement of zero tariff for domestic voice calls in perpetuity, with sharply lower data rates, has aroused questions about the revenue model and profitability of the new player.

“Customers should pay for only one service, either voice or data. Not both. The world over operators charge for only data while voice and messaging are essentially free,” Reliance Industries Chairman Mukesh Ambani said in his much-awaited address to shareholders here, giving the rationale behind the move.

“The era of paying for voice calls is ending. Jio will usher India into a new era on the Jio network — across India, to any network, always. And in the spirit of ‘One India’ – no roaming charges also. Jio will put an end to voice call charges in India,” he said, amid applause from those at the 42nd Annual General Meeting of the company at a rather overcrowded Birla Matoshree Auditorium here.

This leaves Reliance Jio with just one option for charging subscribes — and that is for data. The question over profitability kicks in all the more since Mukesh Ambani also said the base rate for data service will be at a discount of a whopping 90 per cent over what the industry charges now.

With all this, he did not spell out how he proposed to rake in the money to justify the $21 billion investment. That answer from Reliance Industries has to wait. For now, even the Reliance Jio top brass is not wiling to speak on the subject, wanting the public to rejoice on the grand announcements made by their chairman.

Yet,what the company seems to be banking on is on volumes — and variety.

For one, voice telephony will be bundled with data. So at the bottom of the pyramid, there is a price point of Rs 19 per for the occasional data user, then on to a monthly tariff of Rs 149 plan for the light data user — going all the way up to a monthly Rs 4,999-plan for the heaviest data user.

The tariff announced also has to be read with two other factors — the target he has set for his Jio team, and the push towards affordable devices.

He wants the team to quickly cobble up 100 million subscribers, against the current broadband base of of 150 million subscribers in he country. This apart, he said the prices of smart handsets under the company’s LYF brand will start from Rs 2,999. The motto: Let no user deny himself/herself a Jio experience due to high price points of devices.

In fact, just ahead of Reliance Jio announcements, Analysys Mason — a top global consulting firm focused on digital media — said in its latest report that data tariff is pretty steep in India even by the developed nations’ standards, and that there is scope for a 75-per cent cut to push usage.

The consultancy said an average monthly increase in data usage to 10.2 GB at a discounted tariff of Rs 57 per GB, with 10 per cent contribution from voice, will translate into a total increase in monthly average revenue per user of Rs 645. In Jio’s case, the average tariff may be much lower without the 10-per cent contribution from voice telephony and a sharp cut in data tariff.

But the voice telephony for Reliance Jio is not the traditional 2G or 3G offering, but over the internet. This the chairman explained has its own dynamics. The company is also betting big on compelling applications and content, currently worth Rs 15,000 per annum, as also superior digital service experiences.

“The evolution of the mobile broadband market could have a significant impact on the voice market primarily due to cannibalisation of traditional voice revenues with voice-over-internet-protocol (VoIP) and other over-the-top applications,” says Analyses Mason.

Initial reactions to the Jio announcements have focused mainly on how it could disrupt the market.

In a somewhat similar vein, Tanu Sharma, Associate Director with India Ratings and Research, a Fitch Group company, said: “Reliance Jio may look to disrupt some of the prominent geographies of existing operators, leading to a re-distribution of the market share which is concentrated among the top three operators, in 2016-17.”

The undercurrents are obvious. And given the complexity of issues — and the variables at play — few analysts have opted to hazard a precise guess on how exactly the Reliance Jio’s grand plan will play out on the industry in general and the company in particular.

“The Jio start-up is looking at a minimum of five-year window to make profit as more and more users get on board while the company builds a complete Jio ecosystem,” said Tarun Pathak, Senior Analyst, Mobile Devices and Ecosystems, Counterpoint Research.