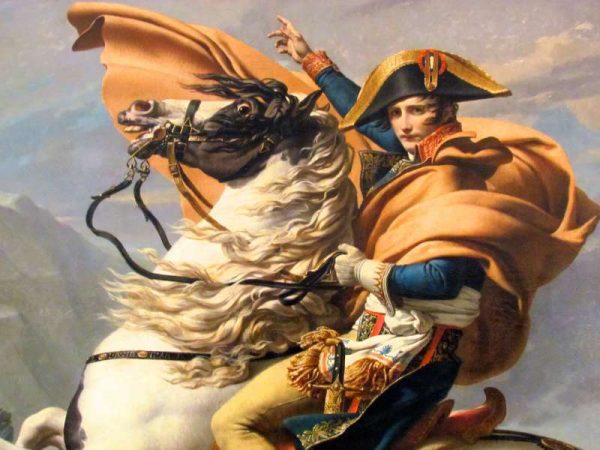 The skeleton of the horse that repeatedly carried Napoleon to victory in battle, and finally into the last defeat at Waterloo in 1815, was taken apart by conservation experts Derek Bell and Arianna Bernucci.

Bell, an expert on prop making and conservation, and Bernucci, a senior conservator were recruited from the Natural History Museum in London to help with a unique project, the Guardian reported.

They were dismantling, conserving and reconstructing Marengo for the National Army Museum, which would reopen on its Chelsea site in spring 2017, after a three-year closure for a major rebuild.

For almost two centuries crude iron bars and rusted bolts were holding together the skeleton of one of the world’s most famous little grey Arab stallion.

According to a tiny silver plaque on one of the bones, the skeleton was originally mounted on its iron frame at the London Hospital by somebody called Willmott.

Willmott was presumably one of the craftsmen more used to preparing human medical specimens for the teaching hospital’s museum, and didn’t cope very well with a horse.

“One of the reasons for remounting the skeleton is to make poor Marengo look more like a horse. The drooping head, and the peculiar stiff position of the legs made him look more like a mule,” Sophie Stathie, a curator at the museum, said.

“He was one of the most loved objects in the old museum, but every time I came into the gallery I always thought there was something sad about him.”

Many contemporary images show Napoleon on his horse, the master’s arm raised brandishing a sabre, the horse rearing and snorting in excitement at the prospect of battle.

He was probably about seven when Napoleon acquired him in 1799, and named him the following year after his famous victory over the Austrians at the battle of Marengo.

He rode him at Austerlitz, the “battle of the three emperors” where he defeated the far larger combined forces of Austria and Russia, and at several other engagements.

In the Peninsular wars, Marengo was also said to have regularly covered the 80-mile distance between Valladolid and Burgos in five hours.

The horse was left behind at Waterloo when Napoleon fled.

The French emperor made it back to Paris, formally abdicated, surrendered to the British, and was sent into exile on the remote island of St Helena, where he died in 1821.

Marengo long outlived him. He was captured by the Grenadier Guards and brought to England, bought by Lt Col John Julius Angerstein, and spent a peaceful old age after an unsuccessful attempt to breed from him.

Angerstein gave the skeleton — and possibly originally the grey hide, though the records are very sketchy — to the museum of the Royal United Services Institute.

The museum listed him in a guide book by 1865, as one of its principal attractions. In the 1960s, Marengo was given with other Waterloo material to the then new National Army Museum.

The Duke of Wellington’s equally famous but much younger Waterloo horse, Copenhagen, died in 1836, aged 28 — reportedly accelerated by his fondness for sugar buns.

He was buried at the duke’s Stratfield Saye estate.

The duke was apparently enraged at a suggestion from the museum that he dig him up to display beside Marengo.

The two horses starred in a fantasy love affair conducted by letter, serialised on Radio 4, with Stephen Fry as the voice of Marengo.

All this time poor Marengo was standing on only two feet. Replacements would be made for the missing hooves.

In the new display Marengo will be reunited with other relics from Waterloo, including weapons, uniforms and Napoleon’s own ornate silver gilt coffee urn, abandoned like his horse when he fled the battlefield.

“He was a remarkable animal, and he deserves for us to do better by him,” Stathie said.