Rohith Vemula, a PhD student, focused on the interstellar spaces and Carl Sagan. In a different location, a sewage cleaner looks for live cockroaches in the sewer, which ironically give him a sense of security: he can now clean the sewer without fearing death from foul gases. One day he miscalculated. He died. One is a real life character, the other from a masterpiece film, Court. But they are two sides of the same reality.

Rohith had a life of the mind, and he wrote sensitive prose, reminding us of the reflective student in our university days, exactly the one we chose to share our secrets with.

At this point, the Dalit in him becomes irrelevant. He could well have been one of us. That is why his suicide touches us more than the self immolation of a teen aged girl in Telangana: her parents did not have the money to build a toilet. She was ashamed.

Reams and reams have been written on Rohith’s predicament and there is yet no end to the things in the heart. One reason for the endless outpouring maybe our incapacity to access an educated, 28-year old Dalit’s mind. We are groping. Sisyphus, the giant, has been asked to push a boulder up the mountain. From the peak, the boulder comes rolling down and Sisyphus has to resume his labour – push the boulder up again.

In the 60s, every University coffee house existentialist contemplated Sisyphus, as the ultimate metaphor for life’s futility. It was a fad. But for a Dalit tailor’s son, life’s meaninglessness must seem very real because now an educated mind has been placed on his shoulders. This, as the establishment’s walls grow higher each day even as universities churn out more and more Dalits, some quite as exceptional as Rohith. The Rohiths of this world have no network, no ties of school or blood to enable them to clamber onto a higher rung. The sewage cleaner has no aim other than a mechanical desire to keep sewers clean. Rohith has been cursed with aspiration. They represent two tragedies. 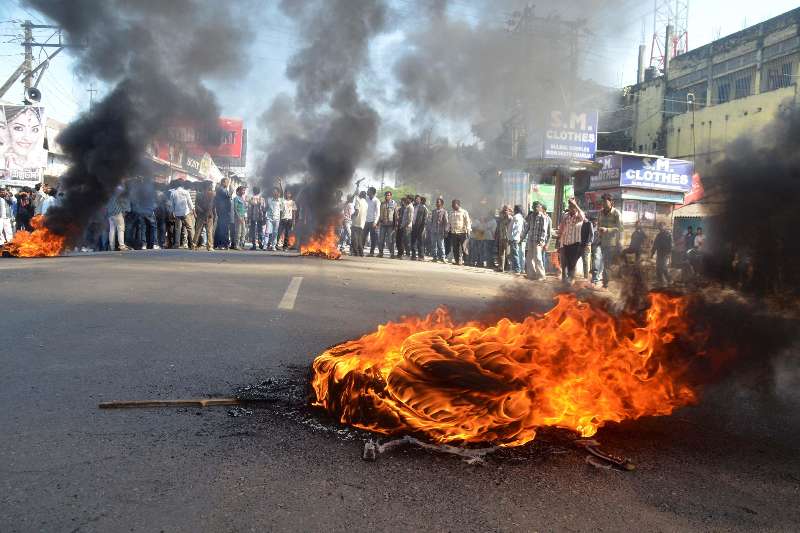 Visit a five star hotel and statuesque men and women, impeccably clad, populate the main lobbies, arrival desks, restaurants. In sharp contrast are the keepers of the toilets: these are smaller men and women of weaker bone structure, more frugally dressed. These are Dalits, (I believe Valmikis are preferred) hired on contract from private agencies. The picture is similar in shopping malls, hospitals, airports, restaurants.

Placing Dalits on the rolls of these establishments would be risky: men and women employed to clean toilets and keep the establishments tidy would begin to look for upward mobility outside areas of sanitation. This would upset the unstated caste balance in the job market.

Caste hierarchies are thus regularized in collusion with the state. How would the state expect hundreds of thousands of Rohiths to cope with this confusing reality.

Some years ago, there was a minor agitation in the All India Institute of Medical Sciences against three upper caste candidates (two Brahmins) who inveigled themselves into the sanitation department. Marxist leaders intervened to call off the agitation. They thought the trend should be encouraged. Brahmins joining as sanitation labour was a revolutionary social advance.

The prime minister’s Swachh Bharat Abhiyan may be trapped in a paradox. Dalits can’t be made supervisory officers; officers will not pick up the broom.

A look at some of New Delhi’s garbage dumps revealed a startling new reality. The new safai mazdoors at these dumps are not the traditional sanitary workers; many of them are Muslims. Sachar Committee report on the socio economic condition of Indian Muslims may be in urgent need of revision. All of this is not unrelated to the condition of a sensitive Dalit like Rohith.

Nothing in recent years has encapsulated the Dalit predicament better than “Court”, the film I mentioned at the outset.

Narayan Kamble, a folk poet extremely popular among Dalits, is arrested on a ridiculous charge – that his poetry may have been responsible for the suicide of a sewage cleaner, who died by drowning in the sewage.

The police has been used by the system to silence a poet whose hold on the Dalits may be exploited by the political opposition. The voluntary act of suicide denies the sewage cleaner any sympathy for dying in his line of duty. His death is a political act.

The prosecution lawyer argues against the poet being given bail. The Sessions Judge obliges. There is absolutely no connect between those administering justice and those in need of it. In the latter category is Rohith too.