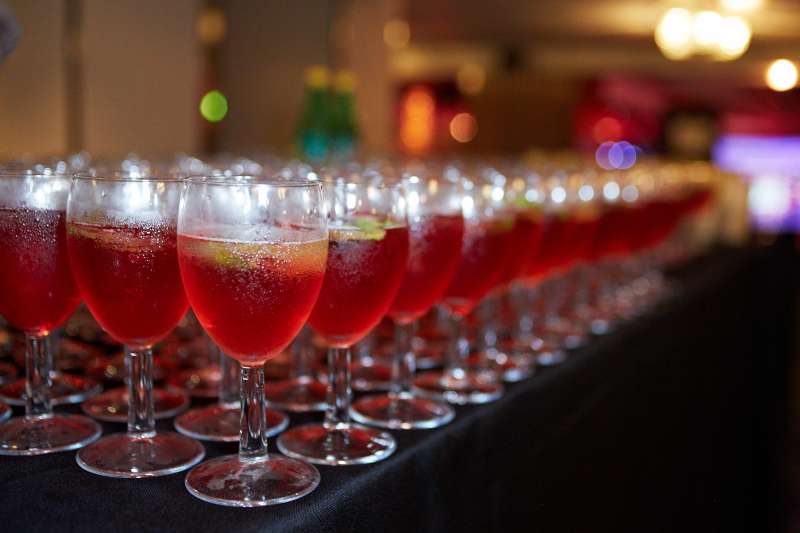 The New Year party is over and so is binge drinking. Hangover episodes are only worth mentioning on Facebook and your liver, after breaking down alcohol and eliminating it from your body, is back doing its routine stuff.

While you gulped down drink after drink at the New Year party, did you think about how much time and energy the liver spends while performing the mammoth task of removing traces of toxic alcohol from your system? This dark reddish-brown organ – responsible for over 500 vital functions to get you going – is behind the elimination from the body of nearly 90 percent of ingested alcohol through metabolism. The remaining alcohol is eliminated through breath, urine, sweat and saliva.

Let’s hear straight from health experts so that you do not need to Google this.

“Approximately one-two percent of alcohol is absorbed directly through the mucosal lining of the mouth; two-four percent is broken down by our lungs via breath; two-six percent by our sweat glands; two-four percent by our kidneys and nearly 90 is broken down by our liver,” explained Dr.Ravinder Pal Singh, director (Centre for Liver Transplant and Gastro Sciences) at the Saroj Super Specialty Hospital in New Delhi.

“All the alcohol from one drink may well be absorbed within 30 minutes. However, if your stomach is relatively full, the alcohol will stay longer. The absorption process will be slower and may take up to 90 minutes,” said Mr Singh.

How much time does the liver take to break down alcohol – say from one 30 ml peg of whisky, 350 ml of beer (five percent alcohol) or one glass of red wine?

According to Singh, a healthy person’s liver can metabolise alcohol at a fairly consistent rate. “As a standard rule, a person can eliminate one average drink of 5 oz (15 ml) of alcohol per hour. However, there are several other factors that influence this rate,” Singh added.

“Alcohol is generally cleared from the body at the rate of 15 ml per hour. So if a person consumes 30 ml (one small peg) of alcohol, it is cleared in around one-two hours. Beer (350 ml) will be cleared in two-three hours,” noted Dr. Sanjay Singh Negi, director (HPB Surgery and Liver Transplant) at BLK Super Specialty Hospital.

According to Dr. Deepak Lahoti, head of the department (Medical and Interventional Gastroenterology) at Max Super Specialty Hospitals, the rate in the rise of blood alcohol concentration (BAC) is influenced by how quickly alcohol is emptied from the stomach and the extent of metabolism during this first pass through the stomach and liver.

“BAC is influenced by environmental factors (such as the rate of alcohol drinking, the presence of food in the stomach and the type of alcoholic beverage) and genetic factors,” said Lahotin.

The alcohol elimination rate varies widely among individuals and is influenced by factors such as chronic alcohol consumption, diet, age, smoking and time of day.

Let us briefly understand the mouth-to-elimination process. Once taken, alcohol is absorbed very quickly by our body and through blood, it spreads very easily to all the organs. Alcohol molecules are very tiny and they dissolve very easily in water and fat which are prime components of the human body.

In the second phase, called distribution, absorbed alcohol is rapidly carried throughout the body in the blood and once its absorption is complete, equilibrium occurs in such a way that blood across the body contains approximately the same concentration of alcohol.

In the third and crucial elimination stage, the liver comes into the picture. “The liver contains an enzyme called alcohol dehydrogenase which converts alcohol to acetaldehyde. Another enzyme – aldehyde dehydrogenase (ADH) – converts acetaldehyde to acetic acid, which is further converted into CO2 and water which are then excreted from the body,” Negi explained.

According to Dr Pallavi Garg, consultant (Gastroenterology and Hepatology) at Gurgaon’s Columbia Asia Hospital, age, smoking and other factors like fatty liver does make a significant impact on the breaking down of alcohol in the body.

“People who smoke are diagnosed with fatty liver or suffering from Hepatitis C should be careful while consuming alcohol as their capacity to absorb it is affected compared to a healthy individual,” Garg advised.

Women absorb and metabolise alcohol differently from men. According to experts, they have higher BACs after consuming the same amount of alcohol as men and are more susceptible to alcoholic liver disease, heart muscle damage and brain damage.

“The difference in BAC levels has been attributed to lower amount of body water in women. An additional factor may be that women have lower activity of ADH in the stomach, causing a larger proportion of the ingested alcohol to reach the blood,” Singh said.

People with diabetes must consume alcohol in a responsible way. “For people with diabetes, consumption of alcoholic beverages must be accompanied by food. Alcohol puts patients at higher risk for low blood glucose (hypoglycemia), so it is safest to consume alcohol with a meal that includes carbohydrate-rich food,” Hisao Masuda, managing director of Omron Healthcare India, advised.

“Women should have two drinks per week and men should stick to three drinks a week. Avoid binge drinking and do not consume alcohol on an empty stomach as it will lead to higher absorption,” Garg summed up.

Meanwhile, give your liver a healthy New Year break!