The UN human rights chief called on the Turkish authorities to respect the fundamental rights of civilians in its security operations and to promptly investigate the alleged shooting of a group of unarmed people after “shocking” video footage of the event….reports Asian Lite News

“The footage apparently shot by Refik Tekin in Cizre some ten days ago is extremely shocking,” UN High Commissioner for Human Rights Zeid Ra’ad Al Hussein said, voicing concern that the cameraman, who was himself wounded in the south-eastern town, is facing arrest once he leaves hospital.

“It shows what appears to be an unarmed group of civilians, led by a man and a woman holding white flags. They push a handcart, reportedly carrying dead bodies, across a street, watched at a distance by an armoured military vehicle. As they reach the other side, they are apparently cut down in a hail of gunfire, and Tekin keeps filming as blood flows past his lens,” he explained.

Mr. Zeid also expressed concern at the “extraordinarily harsh” life prison terms sought by prosecutors in the trials of two other well-known Turkish journalists, the editor-in-chief of Cumhuriyet newspaper, Can Dündar, and its Ankara bureau chief, Erdem Gül.

He said the “alarming number” of journalists and other media operatives already convicted, or awaiting trial raises questions about Turkey’s compliance with the right to freedom of expression, stressing that anti-terrorism legislation should not be used as a means to curtail freedom of opinion or expression. 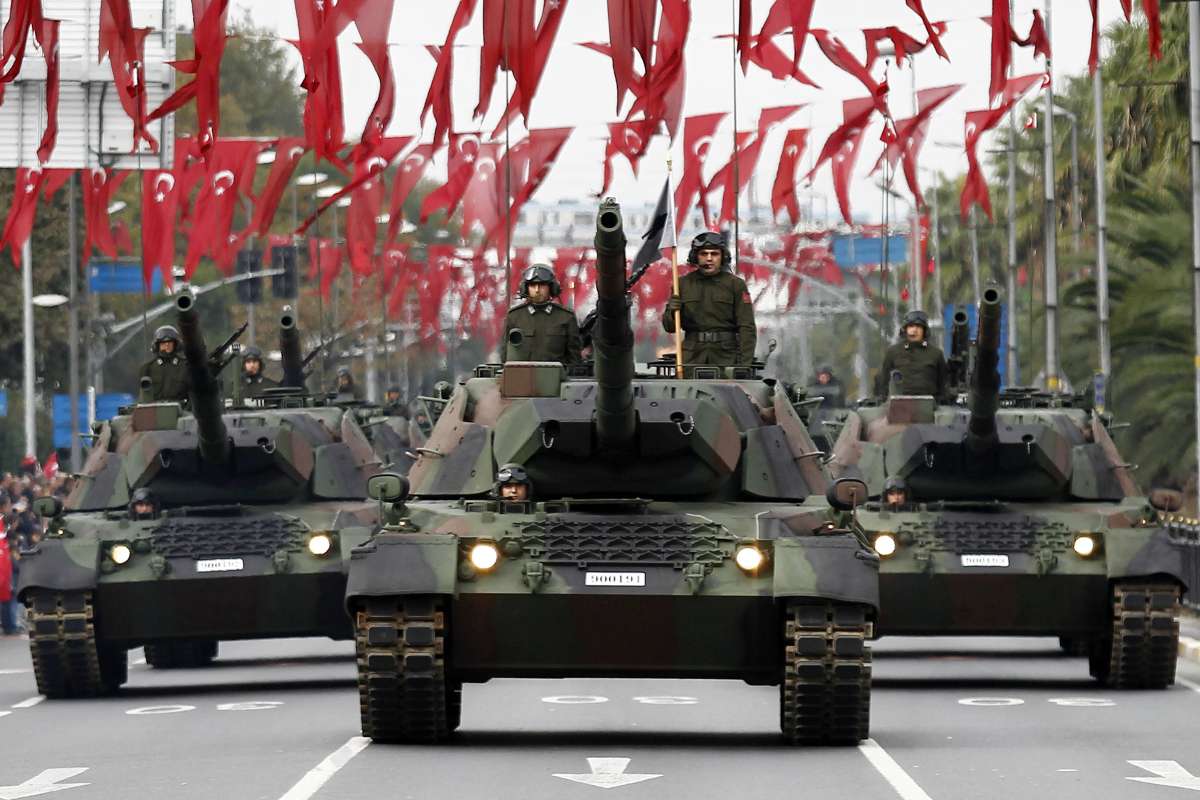 “No one should be facing life sentences, as in the cases of Can Dündar and Erdem Gül, because of articles they wrote,” he said. “Journalists and other media workers should not be arrested, detained or prosecuted for the legitimate and peaceful exercise of their profession. It is the role of the media to stimulate critical debate on matters of public interest.”

A quick way for the Government to show that it does respect these rights would be to free all those, whether journalists, academics or human rights defenders, who have been detained or prosecuted simply for recording or criticizing the actions of the State,” he added. “In addition it is important to review, and if necessary amend, all laws which have enabled such draconian actions by the authorities against critics armed only with words and cameras,” stressed Mr. Zeid.

Mr. Tekin is reported to be in Mardin State Hospital with a police officer waiting outside his room. A variety of reports suggest custody orders, signed by the Governor and a prosecutor, have been issued accusing him of being a member of a “separatist terrorist organization.”

“Filming an atrocity is not a crime, but shooting unarmed civilians most certainly is,” Mr. Zeid stressed. “It is essential there is a thorough, independent, impartial investigation into this and any other events that have led to the wounding or killing of civilians,” he said.

“The emergence of this video raises major question marks about what exactly has been going on in Cizre and other parts of south-eastern Turkey which the security forces have allegedly sealed off from the outside world,” he added.

He recognized the Government’s duty to protect the population from violence, and that it is facing major difficulties in the south-east, noting he had been informed by the Government that 205 members of the Turkish police, gendarmerie and military had been killed between 20 July and 28 December 2015.

“Nevertheless, the authorities must take great care to protect human rights when conducting military or security operations. If State operatives commit human rights violations, they must be prosecuted,” he said.

Mr. Zeid cited numerous reports of the deteriorating human rights situation facing ordinary people, including children, in south-eastern Turkey, especially in Cizre, Silopi, Sur and the city of Diyarbakir, where the imposition of numerous ‘temporary security zones’ and curfews are impacting heavily on people’s economic and social rights, including access to basic services such as medical care, water, food, and electricity.

Non-State actors opposing Government forces have reportedly also taken actions, including the digging of trenches, which have impeded access to medical care as well as other emergency services. There are also reports of them recruiting minors.

Mr. Zeid urged the Government “to ensure that all actions taken in the name of countering terrorism comply fully with its obligations under international law to protect and respect human rights, particularly the rights to life, freedom from torture and ill-treatment, freedom of expression and liberty and security of the person.”