What is wrong with the Muffler Man of Delhi? Why the Indian establishment fears Kejriwal? ….explores  Saeed Naqvi for Asian Lite News

Philippines President Rodrigo Duterte admittedly has an uncontrollable temper, otherwise he would not have used a common Filipino term of abuse against President Obama: Putang ina, which means “son of a whore”. Over 3,000 people have been killed in three months in extra judicial killings as part of Dutertes crackdown on drugs. His outburst was in response to leaked reports that Obama would raise the issue of human rights abuses when he met Duterte on the margins of the East Asia summit in Laos.

Let us put aside several issues the outburst raises. Let’s focus on just one: however acid his tongue, would Duterte have had the temerity to employ such floral language against the President of the US in its Sole Superpower moment after the collapse of the Soviet Union right upto the 2008 financial crisis? Only when the centre cannot hold, in Yeats’s framework, do things fall apart.

That the Chinese did not lay out the red carpet for the Air Force One and now Duterte taking liberties are only the latest pinpricks. Israel’s Benjamin Netanyahu rapped Vice President Jo Biden on the knuckles on the issue of Jewish settlements. He sailed above Obama’s head to address the US Congress.

The challenge is not always to Obama but to American supremacy. In other words, a new multipolar world order is struggling to stabilize itself. In this process, the “establishment”, which spells status quo, has become a dirty word. Worldwide, people find themselves increasingly pitted against Establishments, composed of multinationals, powerful Corporates, Banks, Intelligence Agencies, Military-Industrial complex, Media Empires, big and small and, of course, crony capitalism.

Even the American Party System stonewalled the people. A movement of the Right, the Tea Party, and one of the Left, Occupy Wall Street, produced Donald Trump and Bernie Sanders as their respective Presidential hopefuls. The popular surge for Bernie Sanders was unnerving. It was checked by the Democratic Party Establishment citing 1962 rules about Super delegates. The rule book was thrown at the surging Sanders to stop him in his tracks. By this one act the establishment had pushed the electoral discourse to the right of centre. 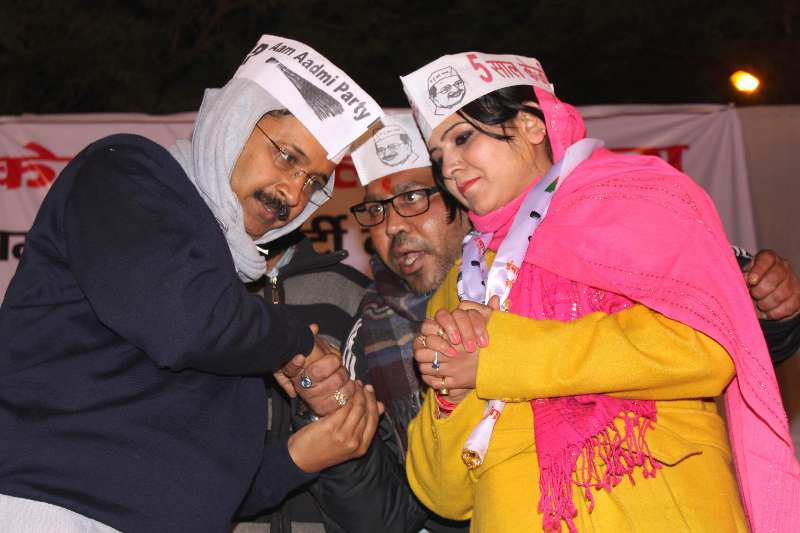 Never mind that Hillary Clinton herself admits to a “trust deficit” with voters, that terms like “untrustworthy” and “unreliable” have been used by her own party colleagues, but she has a priceless asset. She is the Establishment.

Even though Donald Trump defeated 16 Republican rivals on the way to the nomination, he still suffers from a handicap: he is anti-establishment. When he had pummeled the very citadel of Republican establishment, the Bush family’s great hope, Jeb Bush, the former President’s wife, Laura Bush, quite spontaneously exclaimed: Lets support Hillary.

Little wonder, Hillary’s campaign aircraft has “Stronger Together” inscribed in bold letters, which invites Republican and Democratic establishments to join hands in supporting her. Such stalwarts of the exclusive Republican club as James Baker, George Schultz, Henry Kissinger are counting their worry beads, hoping that Hillary would win. For the first time in 75 years, Dallas News has endorsed a Democratic candidate.

Whatever the outcome, the irony is that come November 8, and Americans will have a President they can’t look upto.

It is in this context that the spectacle of AAP (Aam Aadmi Party) versus the Rest should be seen — even as the Indian political scene unfolds and unravels at the same time.

The 24X7 media assault on Delhi Chief Minister Arvind Kejriwal started a long time ago. It is now in the realm of reckless propaganda. It is of course terrible that out of the six AAP ministers, three have had to be sacked. The story deserves to be highlighted, placed before panels for sober discussion.

That is not what is happening. The material has been transformed into a chant, a continuous propaganda reel which grows more shrill as elections in Punjab draw near.

Kejriwal’s AAP rules a mere Union Territory. Why then is the BJP government, Congress, the Left parties, media having such convulsions at the prospect of AAP expanding into Punjab?

A wag, who is a known AAP sympathizer, was heard humming this verse the other day:
“Logon ki mohabbat ko, patthar yeh samajhtay hain
Kyon itne pareshaan hain sheeshe ke makaan wale?”
(Why do they perceive people’s support as stones to be pelted at them?
Why are occupants of glass houses so nervous?)

Because in the Indian context, the AAP represents the people’s desire to break out of the establishment strait-jacket. The unending skirmishes between the Lt. Governor and Kejriwal on appointments, postings, role of the police are all a clear effort to demoralize the Delhi government. In this effort the media is in cahoots with big business supporting Prime Minister Narendra Modi. The media’s Pied Piper after all is Big Business.

It is all building up to a crescendo, a loud clashing of the cymbals in Punjab. Kejriwal will have to survive an ordeal by fire. Every day the media, at the disposal of its czars, will predict his political demise. If he comes through, body and soul intact, the Punjab electorate will judge the David and Goliath contest in February. We all know who won that Biblical battle.