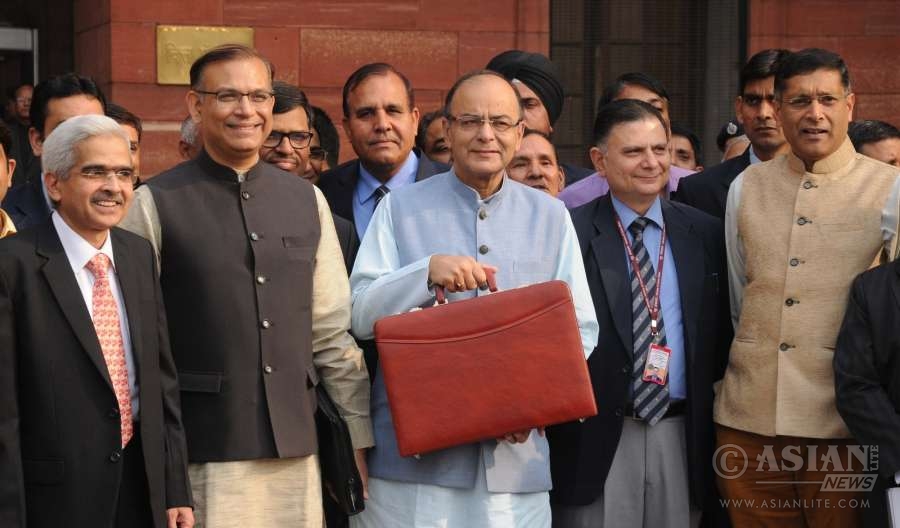 Union Finance Minister Arun Jaitley said the country can have a lower tax regime only when the tax payer base increases and tax evasion comes down.

Speaking at a function in Mumbai  Jaitley said if all pay their taxes then the tax rates could be brought down but higher the evasion and exemptions the higher will be the tax rate.

“I have two expectations from the industrialists. The first is that the taxes which are due must be paid,” Jaitley said at an event here on Good and Services Tax (GST).

According to him moderate tax rate and evasion cannot coexist.

Jaitley also urged the bank borrowers to repay their loans and pay their taxes without evading the same.

“And the second is, when you take money from banks, please return it appropriately. The economy of the country wouldn’t run without this,” the minister said in a response to demands made by some participants to bring the proposed GST rate at 17 per cent.

The empowered committee on GST, which is headed by West Bengal Finance Minister Amit Mitra and has state finance ministers as its members, will be converted into the GST Council and is expected to retain all members.

About the GST rate, Mitra on August 3 had said that it should not be too high. Otherwise, Mitra explained that the rate would lead to inflationary pressure that will in turn affect the common people.

He said the rate should not be too low either so that the states’ revenue can be protected.

The central government has already announced it would compensate states’ revenue losses for five years.

Earlier, the empowered committee which is headed by Mitra had arrived at a 15.5 per cent revenue neutral rate and came to the conclusion that 18 per cent should be the appropriate GST rate.

The government has set an April 1, 2017 target for implementing the GST regime. However, GST will become a reality only after 50 per cent of the states ratify the constitutional amendment bill.

Parliament on August 8 had given its nod to the constitutional amendment bill on GST which is touted as the most radical indirect tax reform since Independence.

The new tax regime — the idea for which was mooted in 2003 — seeks to subsume all central indirect levies like excise duty, countervailing duty and service tax, as also state taxes such as value added tax, entry tax and luxury tax, to create a single, pan-India market.

Jaitley further said that the country’s tax rates are becoming more reasonable than even that of most developed countries.

“Free trade is fair trade. And in fairness, if the government is friendly, then we should take advantage of that atmosphere,” Jaitley said.

“And if we look at the world, leaving aside some countries like Dubai and Singapore, our tax rates are becoming more reasonable than that of most developed countries.”

He added that ‘Make in India’ is not just a slogan and manufacturing is where a large number of jobs are housed.