Nungshi and Tashi Malik, passionate twin mountaineers from India, are setting examples to become Girl Empowerment Ambassadors….reports Asian Lite News. The Guinness record holders are now using their climbing as metaphor for the ‘invisible’ mountains of gender discrimination, exclusion and denial of basic rights that millions of girls in India have to climb daily. A special report from Asian Lite News

Nungshi and Tashi Malik are remarkable twin sisters from Northern India who at the age of just 24 became Guinness World Record holders for the youngest people (and first twins) to complete the Explorers Grand Slam (climbing the world’s seven highest peaks including Everest and skiing to the North and South Poles). In recognition of this, Nungshi and Tashi have just been awarded India’s highest adventure award (Tenzig Norgay National Adventure Award) from the President of India on 29th August.

Nungshi and Tashi were first introduced to mountaineering soon after leaving school at the end of 2009, when they were 18 years old. An ardent believer in all-round development and holistic living, their father persuaded them that subjecting themselves to physically dangerous and challenging situations was a key step to self-awareness and developing leadership skills. Little did they know that what started out as a one-off experience for personal development was to become the twins’ deepest passion.

Climbing Everest quickly became their personal dream, and all the subsequent climbs and adventures were inspired by the ‘Indian Girl Child’ cause.  With roots in rural India in its Haryana state, and hearing their father’s stories, from an early stage in their lives the twins had become acutely aware of the ‘daily mountains’ being faced by millions of Indian girls, especially in villages, facing mountains of gender discrimination, exclusion and denial of basic rights. They always wanted to do something for their cause and saw in their climbs a great opportunity to showcase these issues and bring a sense of pride in being girls. Nungshi and Tashi now use their climbing as metaphor for the ‘invisible’ mountains of gender discrimination, exclusion and denial of basic rights that millions of girls in India have to climb daily. 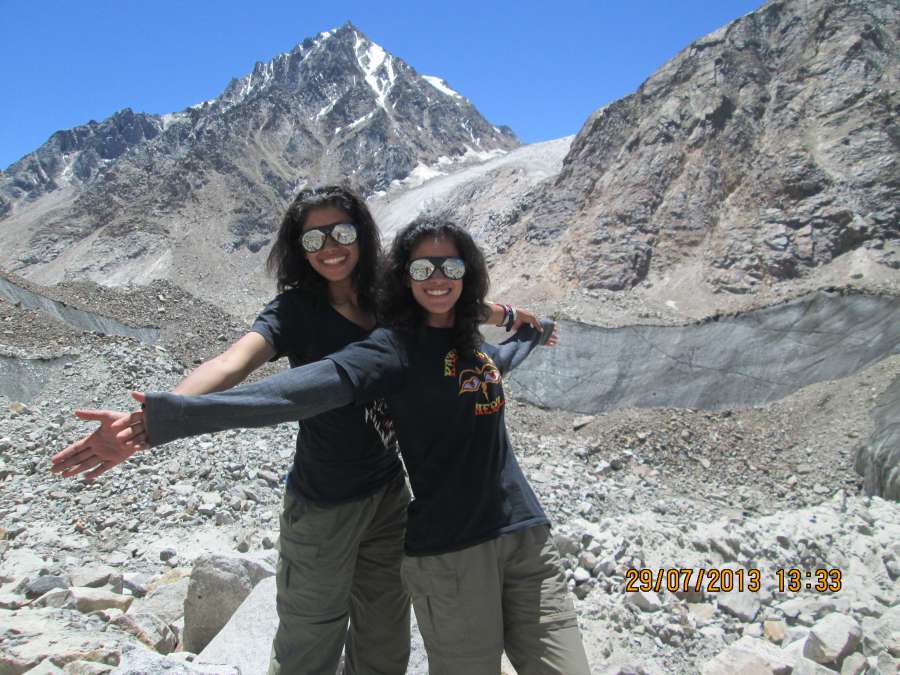 In April 2015, Nungshi and Tashi celebrated completing the ‘Explorers Grand Slam’ by founding the NungshiTashi Foundation www.nungshitashi.org The Foundation is a pioneering initiative for girl empowerment in India and is dedicated to advancing the lives of Indian girls and women through outdoors, adventure sports and mountaineering. The twins are also brand ambassadors of their state for its ‘beti-bachao’ (Save Girl Child) campaign.

Tashi Malik comments: “Gender discrimination and female feticide is a complex and deep-rooted socio-cultural phenomena in our country that requires extraordinary efforts to eliminate. This will remain our key agenda for the future, which we intend to execute through our foundation, the NungshiTashi Foundation. We will use all forms of media to spread awareness and to lobby governments, corporate and civil society to effectively implement policies and projects on girl empowerment.”

Nungshi Malik explains: “Despite a ‘Shining India’ image being built in recent years, one very serious socio-economic phenomenon affecting many parts of India is the rampant practice of ‘female feticide’ as a result of parents’ overwhelming preference for a son over a daughter. The situation has alarming negative repercussions such as in our father’s native state of Haryana where there are only about 861 females for every 1000 males! To address this malice, the Indian Government has launched this campaign to focus attention and resources of all stakeholders on promoting and protecting rights of girl child. Due to our excellent credentials, our state Government nominated us as brand ambassadors for the campaign. We must say, we have been able to make a huge positive impact with our achievements as well as with our talks at public appearances.”

Tashi Malik adds: “For Indian girls, climbing a big mountain is more about making a powerful gender statement, and it has immense social impact. It is really amazing, how we receive thousands of messages from parents, citizens and girls telling us how our achievements have made them proud as Indians! Many young girls have utterly surprised their parents by declaring ‘I want to climb Everest like NungshiTashi’. We are a nation of extreme contradictions!”

Nungshi and Tashi Malik have been visiting the UK and speaking at events as part of Armadillo Merino’s (armadillomerino.com) Champion Programme, which recognises explorers and adventurers operating in some of the world’s most extreme conditions.