Maneka Gandhi tells UN commission on the Status of Women that power of one million elected women in India influencing communities….reports Arul Lewis from New York 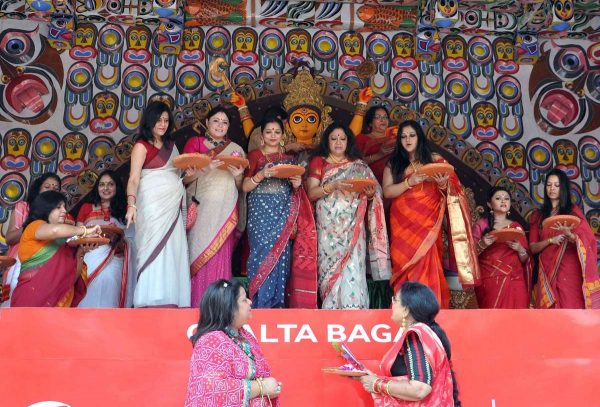 As India challenges centuries-old biases, the power of one million elected women is influencing communities across India through the local self-government bodies, according to Women and Child Development Maneka Gandhi.

“During the last seven decades, we have achieved significant success in the political sphere by taking the democratic institutions for local self-government right down to the local governance level, Gandhi told the UN Commission on the Status of Women Tuesday.

“Today, nearly one million women constituting nearly half of the total elected representatives of these bodies are in position to make decisions influencing local communities,” she said.

Focusing on the issue of women’s safety which many of the speakers at the session raised, Gandhi said, “Ensuring gender equality and combating violence against women are integral to our national pursuit of forging inclusive society and development.” She listed several legal measures enacted for this in recent years.

Among them were the 2013 amendments to the criminal laws to broaden the definition of sexual assault and harassment, increase penalties for offenders and ensure greater accountability of public officials in safeguarding women; the Sexual Harassment of Women at Work Place Act of 2013; and the Protection of Women from Domestic Violence Act, 2005.

On the enforcement front, India was promoting the goal of women making up at least a third of the police forces, she said. It was building a gender-responsive and senistised police through training programmes and performance appraisal, she added.

One Stop Centres were being set up around the nation to provide victims medical aid, police assistance, legal help, psycho-social counseling, and temporary support services all under one roof, she said.

To fight the imbalance in child sex ratio brought, India has launched a multi-pronged programme, “Beti Bachao, Beti Padhao” (Save the Girl Child, Educate theGirl Child). “This programme aims at changing the mind-set and removing the centuries-old bias,” she said.

“In one year, we have seen dozens of local innovative additions to this flagship programme and we are now able to measure signs of positive improvement in the child sex ratio.”

On the health front, “our country has made remarkable progress in reducing maternal deaths in the last two decades and Maternal Mortality Rate has registered an overall decline of 70 percent between 1990 and 2012,” Gandhi said.

Institutional and safe deliveries have increased from 34 percent in 1999 to 86 percent in 2014.

India has formulated the National Policy for the Empowerment of Women and it ensured that gender analysis is undertaken while designing government projects and programmes and indicators are included to assess to assess their gender impact, Gandhi said.