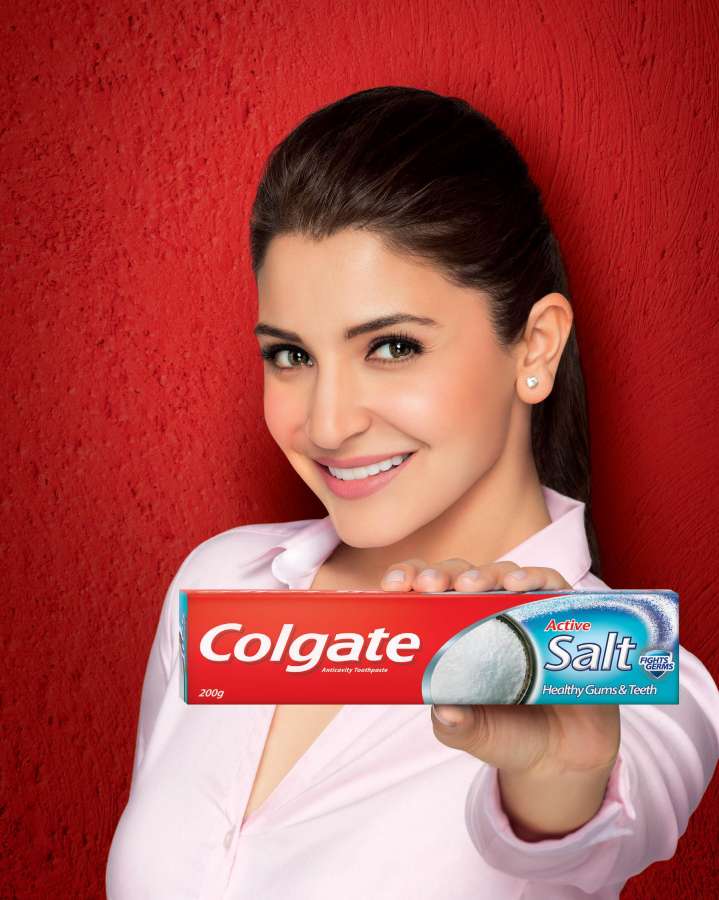 Actress Anushka Sharma has been appointed ambassador for toothpaste brand Colgate Active Salt, it was announced on Thursday. She says its blend of modern and traditional approach is something which resonates with her life’s ideology…..reports Asian Lite News

“While it is a traditional approach to oral care, it is also a modern toothpaste that you are using for your teeth. I am also like that — while I am modern and I lead my life that way, but I am also traditional in my thought process. I am very simple as a person,” Anushka said.

The actress-producer, most recently seen in Bollywood film “Phillauri”, said she always endorses the brands that she actually uses herself.

“It’s a real pleasure to be associated with Colgate, the most trusted brand for 6 consecutive years in India. I think Colgate is a recognised household name and I have been using it since my childhood. So today I feel very happy that I am associated with an iconic brand like Colgate.

At a time when one hears that Bollywood stars undergo all sorts of treatments to look beautiful on screen, Anushka

says she prefers to use “nani ke nuskhe”.

“I am a huge believer in nani ke nuskhe and using organic things for my health. Even what I eat is organic. So I am someone who is a huge flagbearer for that,” added the 28-year-old, who is busy shooting a film with superstar Shah Rukh Khan.

For her latest brand endorsement, she has shot a television commercial which she describes as “quirky”.