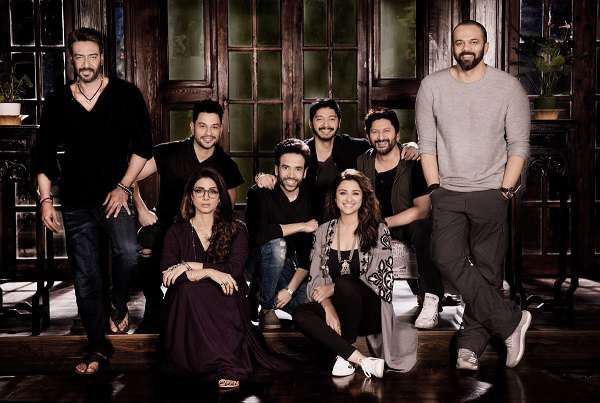 The makers of “Golmaal Again” have locked the festival of Diwali for the release of the upcoming comedy film, directed by Rohit Shetty…..reports Asian Lite News

Shibasish Sarkar, Chief Operating Officer of Reliance Entertainment, the studio which is jointly producing the film with Shetty said: “‘Golmaal Again’, one of the most successful franchises of Indian film industry has created huge curiosity and demand among the exhibitors and distributors of the country.”

“On their demand, we decided for a wide scale release in the Diwali weekend of 2017, which will be apt for families and children in the festival period,” he added.

Actor Ajay Devgn, who will be seen playing the role of Gopal in the film, re-tweeted a photograph from the film’s official Twitter page. The caption read: “‘Golmaal Again’ this Diwali.”

Parineeti and Kunal took to Twitter, where they tweeted the photograph of the entire cast and crew. The image’s caption read: “This Diwali! ‘Golmaal Again'”.

The previous three instalments featured Kareena Kapoor Khan, Rimi Sen and Sharman Joshi among many others.