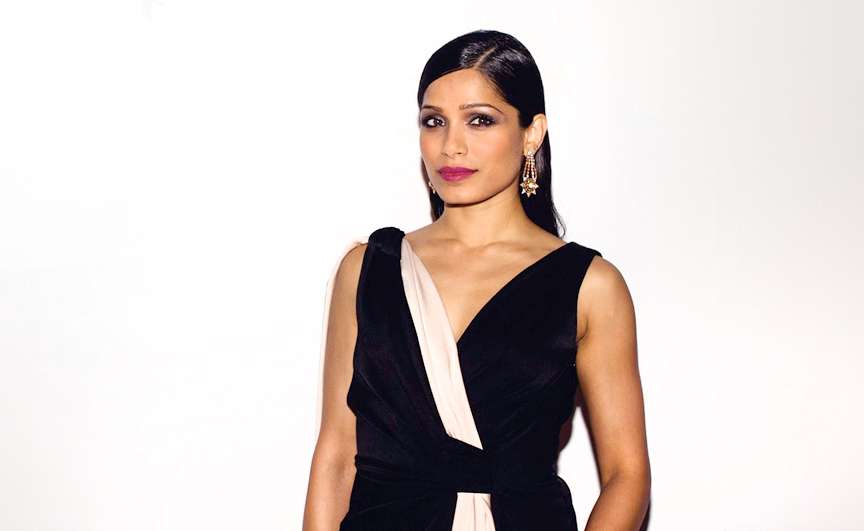 India-born internationally-acclaimed actress Freida Pinto, who witnessed stardom with “Slumdog Millionaire” in 2008, wants to encourage women-driven projects through her banner. She feels stereotypes around women directors need to be debunked and more stories from a woman’s perspective need to come out in showbiz globally…..reports Asian Lite News

Asked if women producers or directors add more compassion and an emotional touch to a film, Freida said: “I wouldn’t like to say that men are not compassionate, but there are two different perspectives to look at it. The way we (women) look at things and objects can be different.”

“I don’t believe that men don’t lend themselves to that compassionate side, but certainly the female perspective, when it comes to the films, because we are so few of us… has not been fully explored. There are too many stereotypes around female directors as well… Like they don’t have stamina, they don’t have experience and so on.

“Those are the things that we need to debunk and not who is more compassionate,” added the actress who was in the city to be celebrate International Scotch Day last week with brand Diageo’s #LoveScotch initiative.

In a short span in the entertainment industry, Freida — irrespective of her Indian ethnicity — has carved out a niche of her own in world cinema through her roles in films like “Miral”, “Day of the Falcon”, “Immortals”, “Desert Dancer” and the “Slumdog Millionaire”.

And now with her production company We Do It Together (WDIT) that aims to produce films and TV that boost the empowerment of women, she hopes to give new perspective to women-driven cinema.

Is she enjoying taking charge of the filmmaking process, she says, “Absolutely”.

“I have the control of the kind of material I pick up, the kind of writer that I want to work with and I am very pro getting female driven stories, a female director and writers on board. In fact, my first production is about women, made by women, written by a woman and has a woman actor… So, it’s amazing.

“I do enjoy that sense of empowerment that I have now,” said the 32-year-old.

A proud supporter of women’s rights and someone who is also known for her humanitarian work, Freida says she has enjoyed watching some women-centric Bollywood films like “Queen”, “Piku” and “Pink”, which not merely objectified women but genuinely spoke about common issues women face.

“I feel that the films that I watch, specifically the Indian films that I watch, are always the ones that have lent itself to little more deeper questioning about a woman’s representation in society. I really enjoyed ‘Queen’ when it came out. ‘Pink’ and ‘Piku’ were also great films,” said Freida.

She also feels that “for any change to happen in society, people need to be little more patient”.

“Of course you are not going to overthrow everything as some sections of society probably still like the item song and dance. I feel some of them are done very respectfully these days now. But, I also feel that every society can have this and that.

“It doesn’t have to be one way or other and certainly not with art. One can’t look at something as art and the other thing as not art. I mean who makes those rules at the end of the day?”

Is she going to do any Hindi films soon?

And is going to produce a film with an Indian story?

“Absolutely… That is one of my biggest goal,” she said.