Every year, when the National Film Award winners are announced, a tally is drawn between who won more — Hindi or regional films. For actress-producer Priyanka Chopra, they are all, after all, Indian…..reports Asian Lite News

This divide between regional and Hindi cinema is uncalled for, affirmed Priyanka, whose Marathi film production “Ventilator” won three honours at the 64th National Film Awards.

“I am not a negative person. I’d like to think that finally regional cinema is getting the credit it deserves because there are too many incredible storytellers and filmmakers there. As they get opportunities, and producers back them, regional films are getting more exposure and, of course, they will do well.

“I don’t think there should be a comparison because, eventually, we are all Indian and these are all Indian films,” Priyanka said from New York, living up a deja vu moment — she was in the same city when she won the Best Actress National Film Award for “Fashion” in 2010.

“I am extremely excited that Indian cinema — whether it is regional or Hindi — has grown leaps and bounds and it is making such incredible films. I’d like to focus more on that than dividing us,” added the former beauty queen, who has garnered visibility in American showbiz, and spearheads the banner Purple Pebble Pictures with her mother Madhu Chopra.

And when not one but three National Awards come along for one of such projects, it is highly encouraging, said the 34-year-old.

“Ventilator”, an endearing story of a joint family whose eldest member is on a medical ventilator, won the awards in the categories Best Director for Rajesh Mapuskar, Best Editing for Rameshwar Bhagat and Best Sound Mixing for Alok De at the 64th National Film Awards.

As a young producer, she is elated over the appreciation.

“We’re a small production company and we are taking baby steps. I formed this company with the thought that I want to make films for new talent, new directors and actors, because I didn’t have that (platform) when I joined the business as an actor. So, I wanted to be able to provide that.

“I am so happy that this is Rajesh’s first Marathi film and he has won an award, and the film has won three (National Awards). I am excited and encouraged that content is king, eventually. As a company, we keep making films that are content-heavy and this is a great encouragement,” added Priyanka, who is more emotional about “Ventilator” especially as she wanted to make it for her late father. 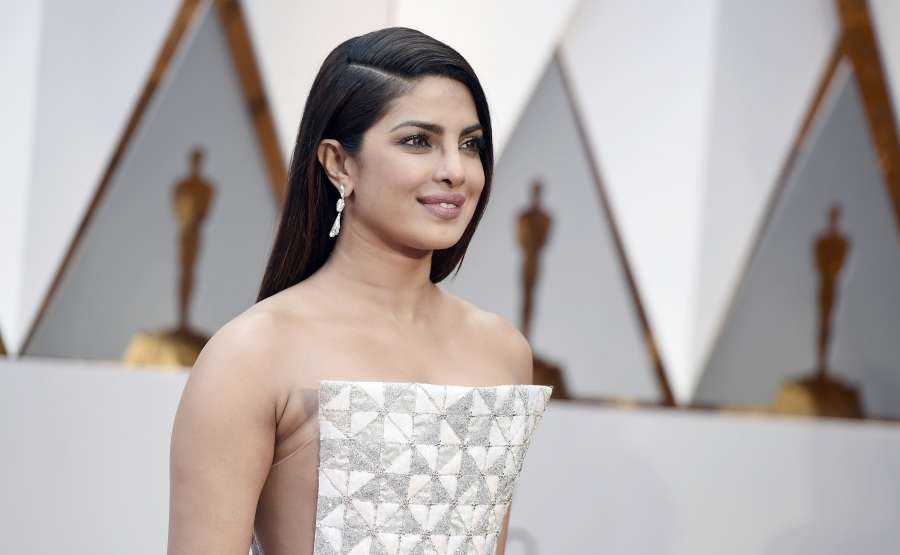 The actress is currently in New York to shoot for the second season of American TV show “Quantico”, and will soon be in India for a 10-day break before she heads back to the US to promote her Hollywood debut “Baywatch”.

Since her work commitments in the US and in India require a fair amount of juggling, how does she manage being a hands-on producer?

“I am extremely hands-on. I am a control freak. Nothing moves without me knowing, especially creatively. It does get difficult as I’ve to get someone to fly down the hard drives of the films to me… or I’ve to sit in the middle of the night and talk to the directors when the edit is happening.

“I guess because I am an actor and producer, I am more creatively involved. I see the posters to font to edit… I am involved with everything to add to the fun and pain of everyone I am working with,” quipped the actress, who finds her mother to be a “good” partner with a “great business acumen”.