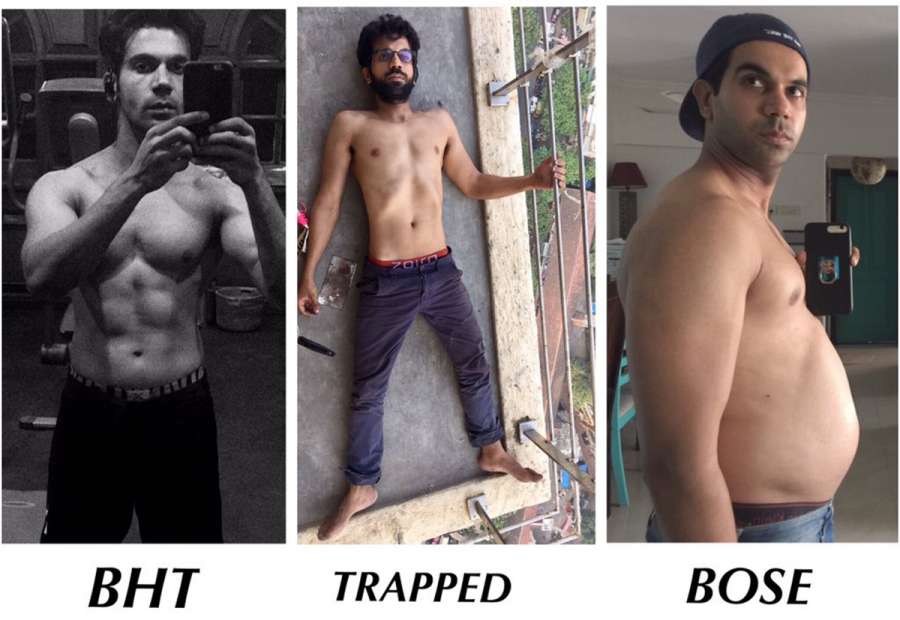 He underwent drastic weight loss to play a man striving for survival in “Trapped”. Now for web series “Bose”, actor Rajkummar Rao has been hogging pizzas and biryani to get the pot belly that he now sports to shoot the show…..reports Asian Lite News

During the promotion of “Trapped”, Rajkummar had said he was on a diet of black coffee and two carrots a day for about 20-22 days in order to look real for his character.

For “Bose” — helmed by Hansal Mehta for ALT Balaji — the actor has been working on his look for two months. He also went half bald to play the part of Netaji Subhas Chandra Bose.

“I have gained 11 kg as of now and I have been eating a lot… ten times of what my diet was,” Rajkummar said.

“As an actor, I am always conscious of what I eat. I always keep a check, but with ‘Bose’, I had to let go of everything and just hog whatever I liked eating but couldn’t. Starting from cheesecakes, pizzas, sweets, aloo parathas, biryani and what all.

“I had to look on the heftier side for ‘Bose’, so that’s how I started putting on weight,” he added.

He is still gaining weight for the role, and says he would have to lose it also in no time.

“I’ll have to reduce all this weight once we are done shooting, which will most probably be by this month’s end and also will grow my hair back. I am hopeful that by the time my hair will grow back, I’ll be able to get rid of all this extra weight,” added the National Award-winning actor.

Rajkummar, who has earlier featured in films like “Queen” and “Shahid”, feels it will be easy for him to shed the extra kilos.

“I like being fit and have always been a sports enthusiast, and knowing my body, I should be able to do it in two months’ time at the maximum,” he said.

Giving a glimpse into his physical transformation role after role, he posted on Twitter an image with snapshots of his physique for “Behen Hogi Teri”, “Trapped” and “Bose”.

“Building a character. Nothing gives me more high than the process of exploring someone else’s life on screen,” he tweeted.