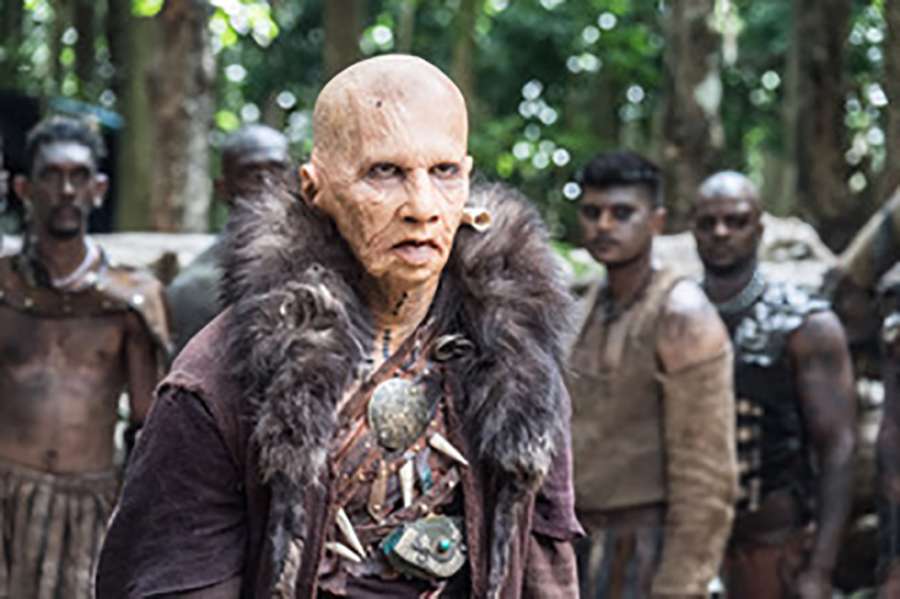 The just released trailer of “Raabta” is packed with intrigue, love and the promise of a powerful storyline. The trailer ends with an element of surprise.

At the end of the trailer, one can spot a mysterious looking character, played by the “Trapped” actor.

The film’s team did 16 look test before picking the final one. Director Dinesh Vijan and Rajkumar sat along with the team over a couple of days to get the final look in place.

A special team from Los Angeles got on board and worked with Zuby Johal of Dirty Hands company to etch the look for the actor.

“Rajkummar was kind enough to do me a favour. It was tedious but, he patiently sat through it everyday. I think, the idea of the prosthetics making him completely unrecognisable excited him as an actor,” said Vijan in a statement.

In addition to his look, his body posture and voice modulation had to be worked upon.

Rajkummar underwent five to six hours of prosthetic everyday to get into his character. In addition to that, his styling was important. He had to wear accessories and also have tattoos.

Talking about his friendly appearance in the film, Rajkummar said: “It was so much fun as an actor. Dinoo (Dinesh) has a very clear vision as a director and he gave me a lot of freedom as an actor to explore.”

“The prosthetics used to take almost five to six hours everyday and then I would start sweating inside all that make-up. It needed quite a bit of patience,” he added.