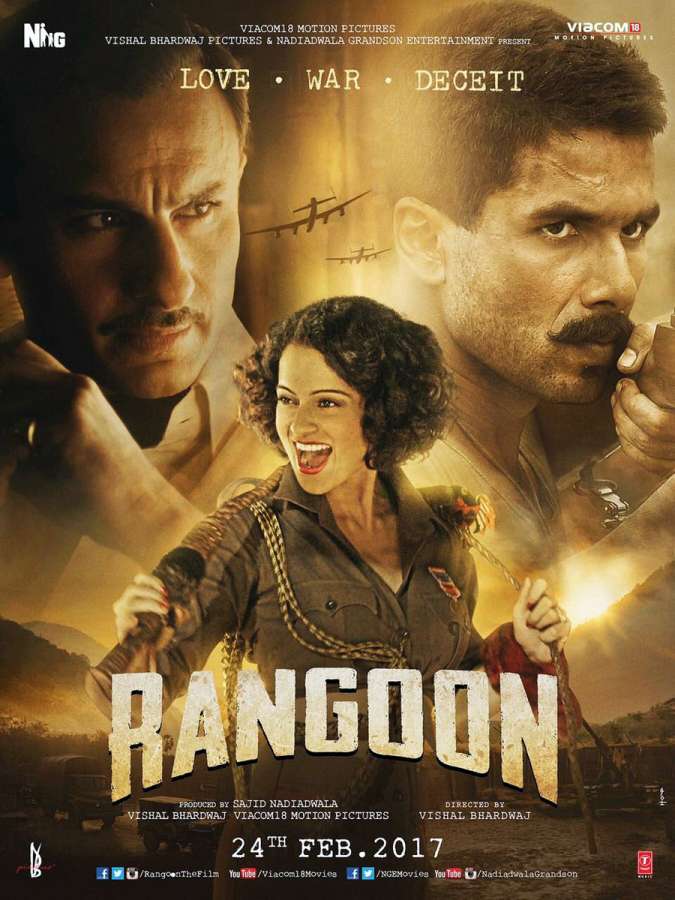 Filmmaker Vishal Bhardwaj has shot down reports about “Rangoon” being a biopic, saying it is a work of fiction…..reports Asian Lite News

National Award-winning filmmaker Bhardwaj’s period drama is set in the 1940s amidst the turmoil of India’s independence struggle, and includes some historic references.

There was a buzz that the film is a biopic. But Bhardwaj has set the record straight saying that the movie doesn’t follow the life of any of the various actresses of the era.

“‘Rangoon’ is a love triangle set in the era of the Second World War. We have tried to create the ethos of the era but it’s a work of fiction,” Bhardwaj said in a statement.

In the film, Kangana Ranaut plays the role of a seductress Julia and Saif Ali Khan is the filmmaker in love with her. Shahid Kapoor is the soldier named Nawab Malik who falls in love with Julia during a train journey.

Bhardwaj added: “It certainly doesn’t follow the life of any of the various actresses of that era be it that of Fearless Nadia, Miss Zebunissa, Miss Padma or Ramola. ‘Rangoon’ is a period drama that has a love triangle in its centre, its not at all a biopic.”

“Rangoon”, directed by Bhardwaj under the banners of Nadiadwala Grandson Entertainment and Viacom 18 Motion Pictures, will release on February 24.