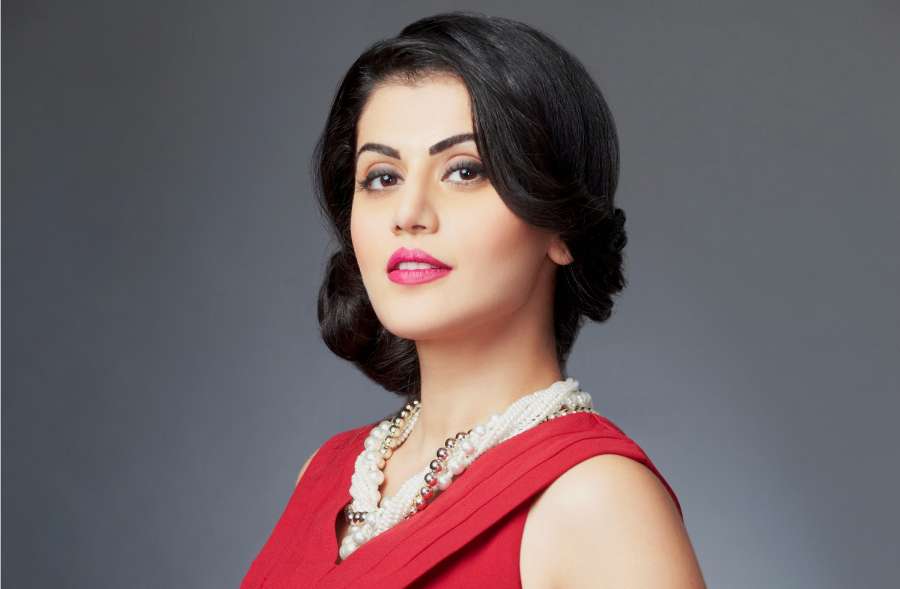 She can be seen doing daredevil fighting scenes and breaking bones in films, but actress Taapsee Pannu says in real life, she cant even slap a person…..reports Asian Lite News

Taapsee showcased her fighting skills in “Baby” alongside Akshay Kumar. She will next be seen fighting her way in “The Ghazi Attack” and “Naam Shabana”.

She said: “Till now, whatever you have seen, like even though I can identify myself as Meenal Arora (character from ‘Pink’) in a lot of ways… I cannot even slap a person in real life, forget about fighting the way I do in films.”

Taapsee, who is currently busy promoting her forthcoming film “Running Shaadi”, says this is the first film where she is totally in her comfort zone.

“This is my domain and have total control over it. I was chosen because I had to just come as myself on screen. It’s a blessing for an actor to portray a character that is everything like herself. I didn’t have to put in any kind of efforts in terms of accent, body language or style,” said Taapsee, whose character exudes a carefree attitude.

“There were a lot of things that I spontaneously added in the film, which were retained in the end. It was the most comfortable character that I could portray on screen,” she added.