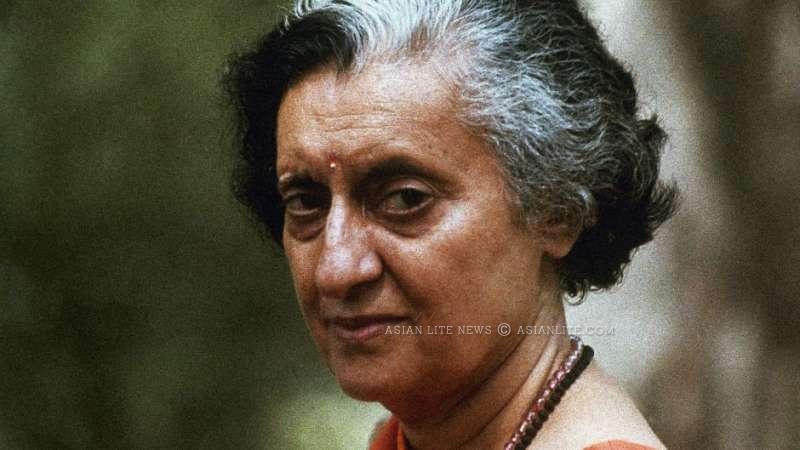 This continued into the Rajiv Gandhi rule, although he tried to reduce the influence of Moscow on India, says the report.

The confidential 24-page memo, redacted heavily with lots of pages removed, also notes that the Soviets funded opposition parties including the Communist Party of India (CPI) and the CPI-Marxist “through a combination of kickback schemes, normal business transactions and direct cash payments”.

“In addition to party funding, the Soviets channel money to individual Congress and opposition politicians (through) clandestine payments. This cash is reportedly obtained from the favourable Soviet trade balance,” said the document titled “The Soviets in India”, which is one of the millions of CIA memos declassified recently.

“As many as 40 per cent Congress MPs in (Indira) Gandhi’s last government had received Soviet political contributions,” the report reads.

It says that the Soviets had also been orchestrating political activities of at least a dozen front groups in India — including the Indo-Soviet Cultural Society, the local affiliate of the World Peace Council and a professional journalists’ organisation.

The 1985 document notes that the Soviet Union over the last three decades had “developed a substantial capacity to plan and orchestrate large-scale propaganda and disinformation campaigns involving the placement of article with the major Indian wire services and a wide range of Indian newspapers”.

The report named several leading Indian newspapers, including the Times of India, the Hindustan Times, the Statesman and the Hindu as often carrying Soviet propaganda without questioning the source, although often in their editorial stance the mainline newspapers did not buy much of the propaganda.

The report quoting a defector (possibly Vasili Mitrokhin) said that the Soviets use 40 to 50 journalists annually to place material and over the last several years had used around 200 to 300 journalists for this purpose. It said that the focus of the Soviets was to place stories in the mainline press against the United States, but also in favour of the India government.

It said that pro-soviet papers like the Patriot or the Blitz used the material but the Indian public by and large did not place much credibility in them. It said many Indian papers were reluctant to use stories without sources, so the press section spent a lot of effort to “develop a bogus source” for a story.

Another technique was to place material with an Indian news agency which would run it with a Moscow dateline as its own story so that newspapers could run it. The CIA report said the Soviets had “immense success” using this technique with the Press Trust of India whose “key managers” were “on Soviet paroll.” It also named United News of India and Samachar, as well as Communist party controlled small agencies as being used for placing Soviet stories.

The CIA report quoted two Soviet defectors as saying that they had so much success with the main agency for placement of stories that among Soviet officials the joke was that PTI stood for “Press Tass of India.”

The press section of the Soviet Embassy in New Delhi was the central point for press placements operations in India and its various arms employed hundreds of Indians to further its propaganda, the report said.

The press section regularly carried out campaigns and one such campaign, it said, even “jeopardized completion of a trade deal between the Indian government and a US firm”. Also, often reports accusing the United States of aiming to “balkanize” India appeared. Some placements by the Soviets even accused the US of orchestrating assassination of Indira Gandhi.

The revelations of the CIA report almost appear to corroborate a 2005 book by former KGB operative Vasili Mitrokhin.

Mitrokhin claimed to have smuggled thousands of secret documents out from the erstwhile USSR. The documents said that Gandhi was sent money in suitcases for the Congress and the KGB had funded election campaigns of former defence minister V.K. Krishna Menon in the 1970s