Nature is full of shapes, even though no intelligence is structural. An ongoing exhibition here explores these shapes and structures as its principal feature….reports Asian Lite News 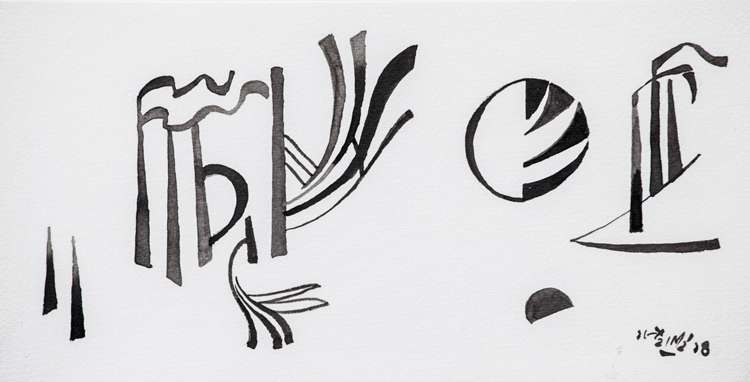 “Linear Abstractions ” by artist Ganesh Haloi is on here till January 20, at the Akar Prakar art Advisory in Hauz Khas Village.

The artist sees geometric shapes in everything and gives numerous examples of it and the rhythmic line that created by things in nature.

“Mountains look like pyramids. Even if you pour things, like rice or pulses — anything at all — it will acquire this pyramid shape because of gravity. Bubbles are round. Also, there is a basic form in nature — the rhythmic line,” Haloi said.

He further added, “When you show this kind of line to children, they immediately call it water. Children use a lot of basic forms while drawing. When they draw faces, they draw a frontal view. They hardly ever draw a profile.”

His works are full of different shapes that we see around us. Keeping the aesthetic aspect alive, he brings across structural pictures of everything in shades of black and white.

When we draw two dots with another dot below them, a face is formed. Two horizontal lines emerging from the round of the face make the hands. Then a vertical line drawn straight below makes the body, Haloi said.

“Then they begin to realise that there is waist in the human body, there are legs and they begin to divide their line into these parts. Gradually, the picture grows,” he explained. 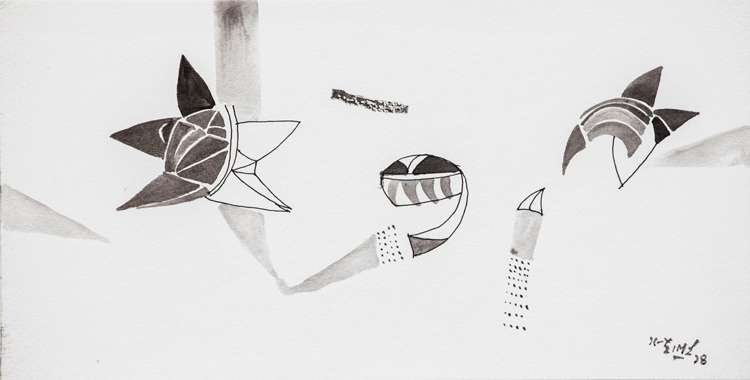 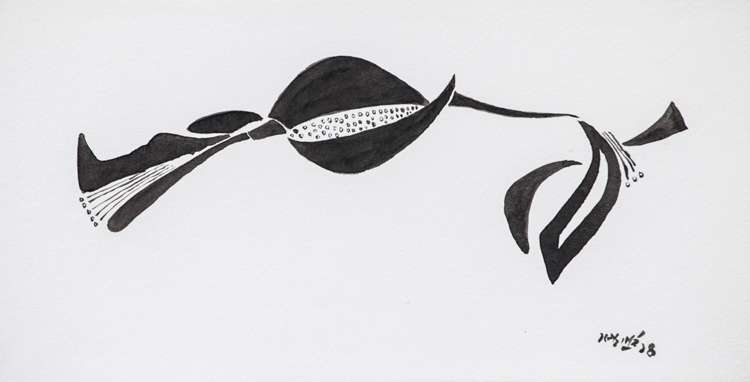 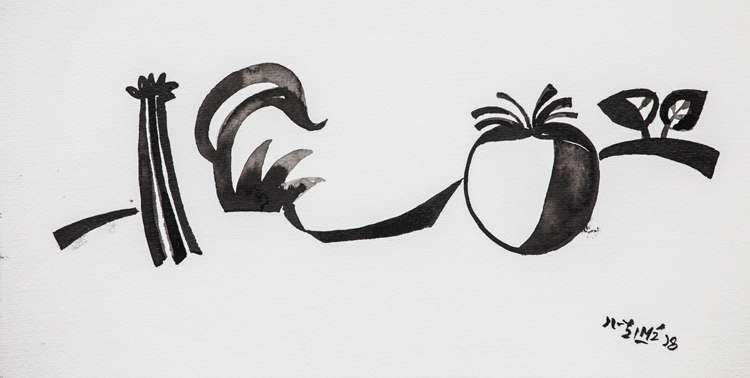