Ramadan is incomplete without a meal of Hyderabadi Haleem….reports Asian Lite News 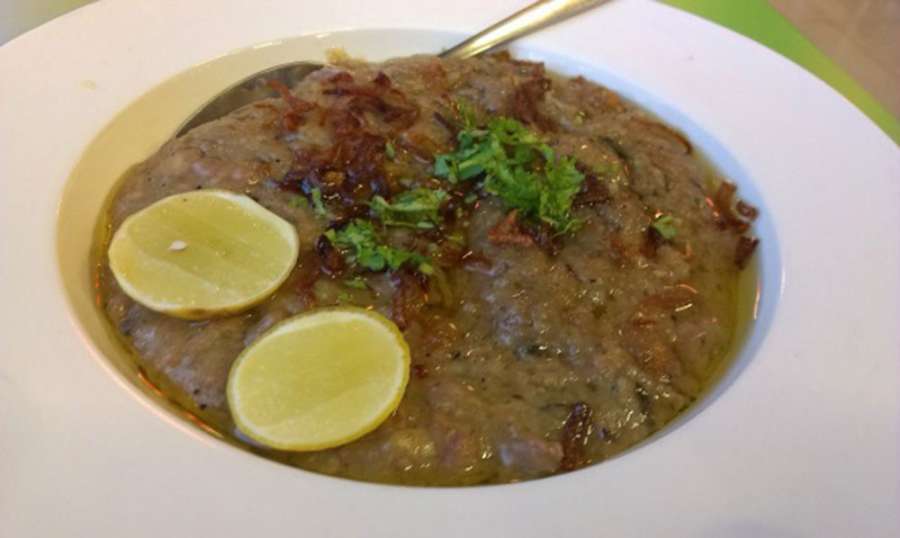 An Indian stew of wheat, barley an lentils,sauteed in spices, mixed with shredded meat, with a dash of freshly cut coriander, mint leaves and grated ginger, sprinkled with friend onions and served with lemons – is called Haleem

Biryani may be Hyderabad’s signature dish, but even the world-famous delicacy takes a back seat during the holy month of Ramadan in favour of haleem, a porridge-like dish made of wheat, lentils and meat.

Though the mouth-watering dish is a regular on the menu in many Muslim weddings and is also available round the year at a few city hotels, it’s only during the fasting month that it is in great demand.

It’s not just the Muslims but people from other communities as well eagerly await Ramadan to relish their favourite dish.

Young techies can be seen savouring the delicacy at many outlets of major hotels. Thousands of customers throng outlets across the city from around 5 p.m. till well past midnight to taste haleem.

Those travelling abroad or to different destinations within the country don’t forget to pick up a few packets of haleem for their relatives and friends.

‘Bhattis’ or brick-and-mud ovens in front of hotels across Hyderabad are a common sight during the holy month. And so are chefs engaged in the laborious process of making the sumptuous dish in large vessels cemented on the traditional ovens.

They can be seen pounding the meat in vessels with large wooden poles. The entire cooking process, which takes 10 to 12 hours, is done on firewood.

Haleem is originally an Arabic dish, which is said to have come to India via Iran and Afghanistan.

“The Legendary Cuisine of Persia”, a highly acclaimed cookbook, traces the origin of haleem to the 6th century Persian king Khusrow.

A chef from Yemen is said to have first prepared the dish, also called “harees” or “harissa” in Arab countries, for the then Nizam of Hyderabad in 1930. Subsequently, some Irani hotels started selling it here.

Over the decades, the syrupy dish was Indianised with the addition of local spices, dry fruit, clarified butter or “desi ghee” and the unique style of cooking.

From star hotels and popular food joints to small eateries, almost everyone prepares haleem, which is preferred for breaking the fast due to its energising nature, high nutritional value and soothing porridge-like texture. 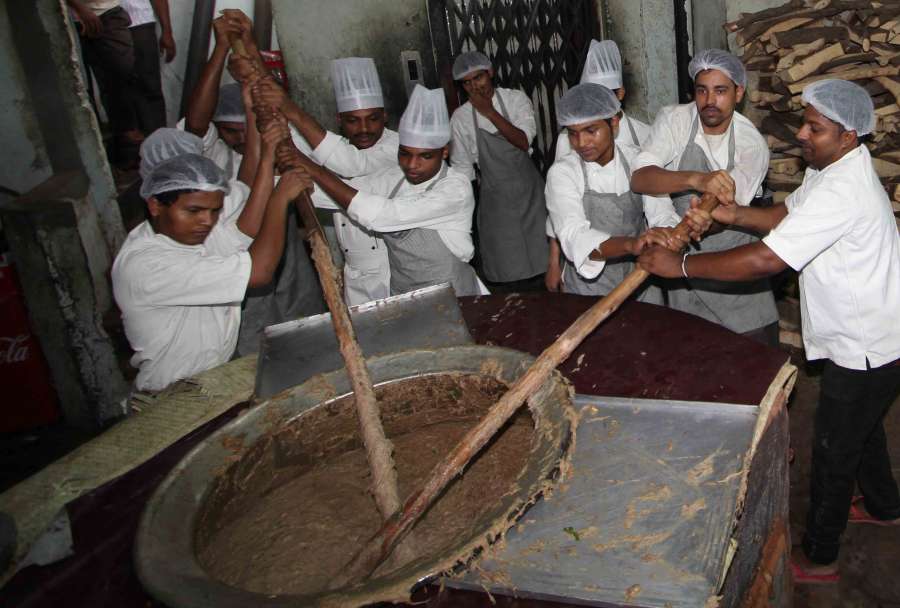 Cooks say the extensive preparation that goes into making of the delicacy starts early in the morning. After meat mixed with chillis, garlic, and ginger is tenderised by cooking, wheat is added, followed by lentils, spices like cardamom and cumin, cashew nuts, almonds, cooking oil, desi ghee and other ingredients.

While haleem was originally made with mutton or beef, it’s now available in other variants — chicken, fish, and even vegetarian.

From old hotels like Madina in the old city to Sarvi, Paradise, Shah Ghouse, all claim to have their own unique taste.

Hyderabad residents say the credit for reviving the popularity of haleem goes to Pista House, a bakery which made a modest beginning in the mid-90s. With aggressive and innovative marketing, it became the biggest maker of haleem in the city. The brand has since gone global with outlets in the United States, Oman and Dubai.

In 2010, it succeeded in getting Geographical Indication Status (GIS) for Hyderabadi haleem, making it the only non-vegetarian Indian dish to get this recognition.

Priced at Rs 160 per plate (300 gram), Pista House’s haleem this Ramadan is available at over 225 outlets across Hyderabad, Bengaluru, Chennai, Vijayawada, and Kadapa, besides all major towns in Telangana.

Pista House, which also offers an innovative “diet haleem” and “organic haleem”, was this month invited by the European Union Intellectual Property Office to showcase Hyderabadi haleem at the Thailand Food Exhibition ‘THAIFEX 2017’ in Bangkok.

“It is a rare honour and great recognition for us,” Pista House owner M.A. Majeed said