A Pakistani ‘Herstory’ of a community, city and country….’Book Review’ by Vikas Datta  about ‘The Upstairs Wife – An Intimate History of Pakistan’, written by Rafia Zakaria 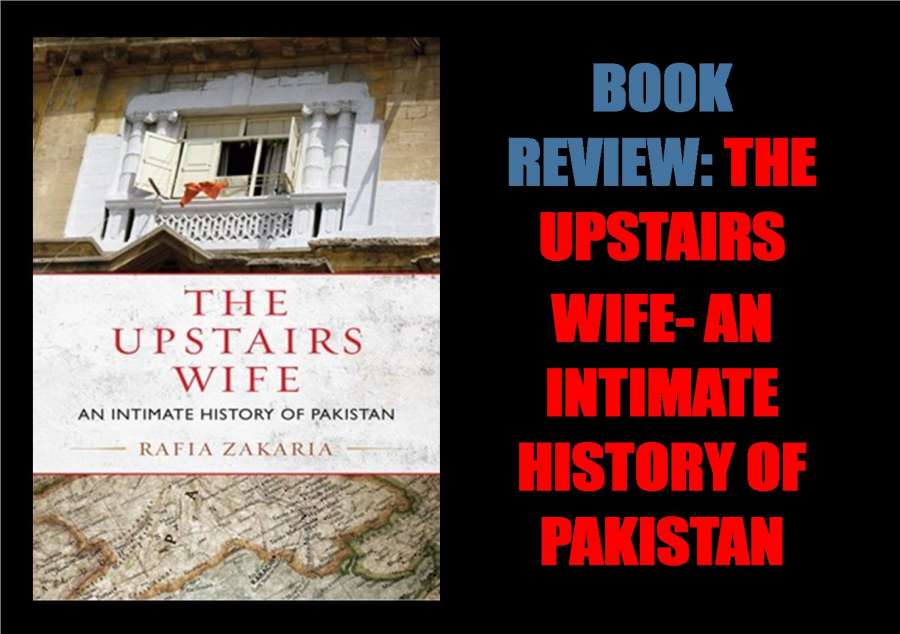 Several ancient philosophical traditions held a human to be a microcosm of the universe. This holds true for history too, but here sometimes a personal, or family, record may offer a more vivid picture of affairs than accounts of larger social and political entities. Especially when it is about a slowly souring dream of life in a “promised land”.

Juxtaposing her family history, especially after her grandfather moved to Pakistan — nearly a decade-and-a-half after Partition — with that of their new home, Rafia Zakaria not only provides an engaging but heartbreaking story of how Pakistan lost its way, but also how it impacted on women of her family, community, city and country.

The focus is primarily on Karachi’s sad transformation from a vibrant, cosmopolitan city, once the country’s window to the world, to a choked overgrown slum, rent by sectarian killings and menaced by terror, but she also features places elsewhere where events that would eventually affect the city occur, be it the Islamist militants in the wildlands of Waziristan or the generals in the army headquarters in Rawalpindi.

And Zakaria, an author, attorney and human rights activist, who has worked for victims of domestic violence and is a director of Amnesty USA, does not also neglect instances, elsewhere in time and place, of her basic theme in this chronicle of Pakistan’s “herstory”.

But while among these are inspirational cases like of then Prime Minister Mohammad Ali Bogra’s enraged wife who, with her associates, led a determined and successful fight to win some precious rights for her sex, to a redoubtable woman provost of Dhaka varsity hotel who shielded a handful of Bengali women students as the Pakistani Army cracked down in 1971, there are also the more well-known cases — with eventual sad fates — of Benazir Bhutto and Fatima Jinnah.

The cases of a schoolgirl and her two friends crushed to death by a over-speeding bus of a well-connected transport operator and the indignities visited on her protesting schoolmates in 1988, the scores of Mujahir women and children killed in Sindh’s Hyderabad in 1991 due to a “mistake” and more such are a stark reminder of the most vulnerable but easily forgotten victims of mainstream history.

But at the heart of Zakaria’s story is her own Konkani Muslim family, especially her aunt and her plight, with which the book starts.

Surprised to see their aunt when she and her siblings come back from school one December day in 1986 and seeing her stay there for two months, they finally come to know the reason — her husband had taken a second wife, without her permission (needed as per the laws secured by Hamida Bogra and her cohorts, which included then President Ayub Khan’s daughter, in 1961).

The tragedy of Aunt Amina is an important stage in Zakaria’s recounting of her family’s history, which actually starts in Mumbai of the late 1940s and is set there till the time her grandfather decided to move to Pakistan despite the best efforts of community elders, and runs parallel to the story of the wider family and their country over half-a-century of rather turbulent times in Pakistan.

But the story does not remain confined to them, taking a wider canvas and chronology in its innovative retelling of the highs and lows of recent Pakistani history, though more of the latter, including the first major terror bombing in the country, the biggest defence-related accident and the “clean-up” of Karachi down the years.

While there are some small factual mistakes (Ayub Khan was never Governor-General, Chaudhry Aslam headed Karachi police’s Anti-Terror Squad, not the city police itself and so on), what Indian readers will find interesting is some endearing points of comparison they can detect between the two port cities and commercial capitals, including, but not limited to, a Sufi saint whose tomb is said to protect the cities, the murderous rivalry between old and new residents and of its hinterland, the shanty cities, crime, terrorism and civic chaos in monsoons.