You want to feel spoilt for choices of sumptuous street food, shopping options and roller-coaster rides? This oceanarium, a park near the disputed South China Sea in Hong Kong, may just be the right place to visit….writes Aadil Mir 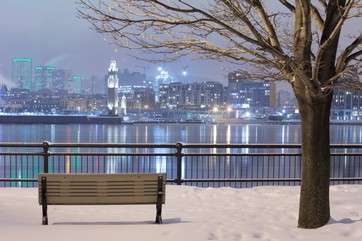 The Ocean Park, spread over two small islands separated by a distance of 1.5 km and connected by a cable car ride, also houses animal-themed amusement parks and is one of the most visited places in Hong Kong.

Hong Kong is nearly five hours away by plane from New Delhi and is quite popular for its attractions like Ocean Park and Disneyland. Its street food and shopping options also draw revellers. And if time permits, some even take a ferry ride.

But if one has a tight schedule and just wants some entertainment, good food and roller-coaster rides, the Ocean Park is a one-stop shop for all this.

To reach the park, travel via the rapid transit MTR from Admiralty Station, an area which was once headquarters of the Royal Navy. Travel time is usually around 10 minutes.

The fair weather and sudden cold breeze welcomed me upon arrival at the park. The park entrance was crowded by a swarm of tourists taking selfies. We opted to join them and looked for the very first stop at the Giant Panda adventure, one of the highlights of the park.

Ocean Park’s giant pandas are not only among the most popular attractions, they are also well pampered residents, with a sophisticated feeding regime to satisfy their fussy eating habits.

A walk in the park will show you helpful signages telling you where to go next. So you never really get lost, despite it being a huge place.

The park is divided into two islands — Waterfront and the Summit.

To cross between the two islands, you have a choice of riding the cable car system that features an astonishing view of the island and the much famous and disputed South China Sea or an underground train system known as the Ocean Express that utilises multimedia effects to simulate the feeling of travelling into the depths of the sea.

We took the cable car to cross to the Summit island. The queue was long but we had the privilege to enter via a staff line as we were hosted by the park management itself. The eight-minute ride gave a panoramic view of the Waterfront and Summit islands.

Ocean Park is not just a theme park full of animals for kids but also has an amusement park for adults to enjoy too.

There were lots of tourists and one could spot many Indians among them. For visitors to Hong Kong, Ocean Park is increasingly becoming a must-visit destination.

You cannot claim to have done Hong Kong, unless you take a ride on a ferry. Since 1888, the Hong Kong Star Ferry has been one of the unique — and cheaper — things to do in an expensive city.

It is basically a short 10-minute ride that takes you across to the Victoria Harbour between Tsim Sha Tsui, Central Pier. But that short cruise lets you enjoy the amazing view and ocean breeze and the images seem to remain stuck in your mind for many days, especially if you do the night trip.

Whether you’re shopping on a budget or willing to splurge, it’s guaranteed that you’ll find what you’re looking for in Mong Kok. Even in early hours, Mong Kok’s streets are as busy as in day time.

Make sure to drop by in Ladies’ Market, Flower Market and Bird Market for excellent bargains. Another shopping destination is the Temple Street Night Market. It is kind of interesting and slightly different from that of the more commercialised Mong Kok. It only opens when the sun goes down. You can see Fortune tellers offering a glimpse into the future if you are willing to part with a bit of moolah.

It is a popular street bazaar, named after a Tin Hau temple and a place so steeped in local atmosphere that it has served as the backdrop to many a memorable movie. Also, haggling with the local vendors is one of the fun experiences you’ll have in this night market. Hint: They’ll eventually give in to the price you offer.

Souvenir pieces such as chopsticks, magnets, tea ware, electronics, watches, jade and antiques are also up for grabs for low prices.

Adventure and excitement are always in the air. Hong Kong tries its best to make your dream come true. And even small things are a pleasure, like a languid stroll in the narrow streets. And if you have a large budget, many more doors will open. Hong Kong seems to meet you half-way in everything you want to do.