Researchers have found a 700-per cent surge in infections caused by bacteria that is resistant to multiple kinds of antibiotics among children in the US….reports Asian Lite News 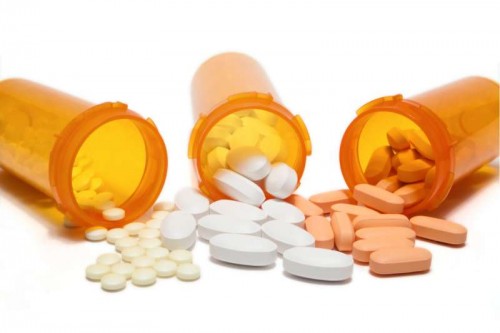 According to researchers, these antibiotic resistant infections — caused by Enterobacteriaceae, a family of bacteria that also include such pathogens as Salmonella and Escherichia coli — are linked to longer hospital stays and potentially greater risk of death.

The findings showed that the proportion of these infections in children caused by bacteria increased from 0.2 per cent in 2007 to 1.5 per cent in 2015, a more than 700 per cent increase in prevalence over the eight-year period.

“There is a clear and alarming upswing throughout US of antibiotic resistant Enterobacteriaceae infections in kids and teenagers,” said lead author Sharon B. Meropol, a pediatrician and epidemiologist at Case Western Reserve University in the US.

Bacterial infections resistant to multiple drugs are especially concerning in children, for whom there are a limited number of stronger antibiotics currently approved for use compared to adults, putting kids at higher risk for worse outcomes, the researchers said.

For the study, published in the Journal of the Pediatric Infectious Diseases Society, the team analysed data from 48 children’s hospitals throughout the US, focusing on approximately 94,000 patients under the age of 18 who were diagnosed with Enterobacteriaceae – associated infections between 2007 and 2015.

This suggested that the bacteria may be increasingly spreading in the community.

In addition, the bacterial infection may also cause a greater mortality risk among pediatric patients.

Meanwhile, another report says a powerful class of antibiotics used to bring relief to people with cystic fibrosis (CF) could also increase the risk of permanent hearing loss, besides kidney damage, a study has found.

Aminoglycoside antibiotics is used by approximately 70,000 people worldwide who inherited the chronic disease that affects mostly the lungs, but also the pancreas, liver, kidneys and intestine.

The findings showed that patients who were administered a high dose of the antibiotics to reduce their respiratory infections were 4.79 times more likely to experience permanent hearing loss.

A situation that could further worsen due to isolation, depression and cognitive decline in such patients.

Aminoglycosides inhibit bacterial protein synthesis and is necessary to clear life-threatening infections, but it can also degrade auditory function in the inner ear as well as kidney function.

“Preventing or ameliorating the effects of permanent (hearing loss) is crucial for patients with CF who already have a significantly compromised quality of life due to the disease,” said lead author Angela Garinis, research associate at Oregon Health and Science University in the US.

For the study, published in the Journal of Cystic Fibrosis, the team examined the medical records of 81 CF patients, aged 15 to 63 years, grouping them into four quartiles based on the cumulative dosage of aminoglycoside antibiotics administered intravenously.

It is imperative for physicians to routinely monitor hearing in any patient receiving aminoglycosides intravenously, the study said.

Further, physicians treating patients with CF should consider alternative strategies for treating the symptoms of respiratory infections associated with the disease, the researchers suggested.