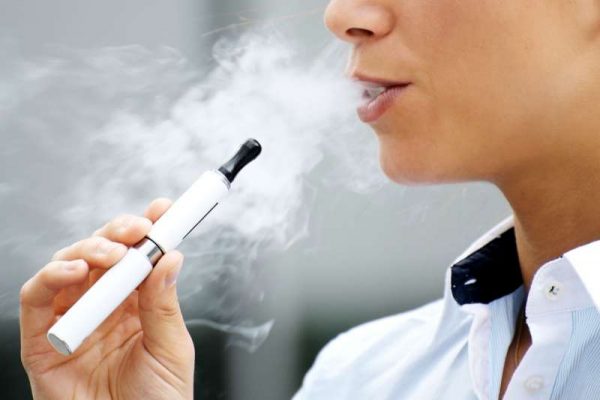 If you think you are away from the danger by resorting to E cigarettes, you probably are not. A recent study has shown how the daily consumption of E cigarettes could be as harmful as smoking tobacco cigarettes

Electronic cigarettes loaded with nicotine-based liquid are potentially as harmful as tobacco cigarettes when it comes to cancer causing DNA damage, new research has found.

Electronic cigarettes or e-cigarettes are battery-powered devices that heat up liquid and turn it into an aerosol vapour that can be inhaled. Using e-cigarettes is also called ‘vaping’.

“From the results of our study, we can conclude that e-cigarettes have as much potential to cause DNA damage as unfiltered regular cigarettes,” said the lead author of the study, Karteek Kadimisetty, from University of Connecticut.

Cellular mutations caused by DNA damage can lead to cancer.

Modern e-cigarettes, viewed as a less toxic alternative for people looking to break their habit of smoking tobacco cigarettes, have steadily risen in popularity since they first appeared on the commercial market in 2004.

The scientists decided to look into whether the chemicals in e-cigarettes could cause damage to human DNA while testing a new electro-optical screening device they developed in their lab.

The small 3-D printed device is believed to be the first of its kind capable of quickly detecting DNA damage, or genotoxicity, in environmental samples in the field, the researchers said.

They gathered samples through an artificial inhalation technique at 20, 60 and 100 puffs of an e-cigarette. The potential DNA damage from e-cigarettes was found to increase with the number of puffs.

Vapour from non-nicotine e-cigarettes caused as much DNA damage as filtered cigarettes, possibly due to the many chemical additives present in e-cigarette vapours, showed the findings published in the journal ACS Sensors.

“Some people use e-cigarettes heavily because they think there is no harm. We wanted to see exactly what might be happening to DNA (as a result of e-cigarette usage),” said Kadimisetty.