Although India spends 85 per cent of its family planning budget on sterilisation and 1.5 per cent on distributing condoms and other non-terminal contraceptives, one Maharashtra districts brief experience with a conditional cash transfer programme shows that rewarding couples for delaying children could work better to temper Indias population growth. And it could bring numerous health, social and economic benefits besides….writes  Charu Bahri 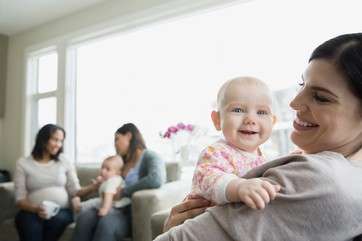 In 2007, Satara district introduced a Second Honeymoon Package (SHP) that offered newlyweds a Rs 5,000 cash incentive for postponing the birth of their first child by two years and Rs 7,500 for delaying by three years. With India’s annual per capita income in 2006-07 standing at Rs 22,553, the monetary inducement was lucrative. Vijay Singh H. Mohite, the then district health officer, conducted a survey that found 85 per cent of the district’s women had married by age 17, had a baby by 18 and another by 20, and underwent a tubectomy by age 23 to limit their family size.

Familiarity with these methods enabled some couples to wait before their second pregnancy too, according to Shobha Rao, director, Research & Training, Society for Initiatives in Nutrition and Development, Pune, and co-author of a new Asian Population Studies paper, “Can Conditional Cash Transfers Promote Delayed Childbearing? Evidence from the ‘Second Honeymoon Package’ in Rural Maharashtra, India”.

Practised on a larger scale, delayed childbearing could significantly curtail population growth “in a cost-effective, painless way that simultaneously gives young couples a window of time to establish themselves, physically, emotionally and economically, before starting a family”, Carol Vlassoff, a professor at the University of Ottawa, Canada, and lead author of the Asian Population Studies paper, told IndiaSpend.

Postponing the first pregnancy by two to three years has been shown to lower the total fertility rate by 20-30 per cent, Swapnil Lale, assistant director, Health Services, Government of Maharashtra, and a co-author of the study, said.

India’s total fertility rate — the average number of children born to a woman — is currently 2.3. A 20-30 per cent fall would reduce it to below the 2.1 replacement level — the stage where the population neither increases nor decreases — to a level comparable with the fertility rate of 1.9 prevalent in the US, Australia and Sweden, where the population is actually contracting.

India now has about 1.3 billion people and is expected to become the world’s most populous country by 2022.

Population control is intrinsic to improving the socio-economic status of Indians, over a fifth of who still live in poverty, according to the World Bank, making the country home to the world’s largest poor population by far.

In 2015, India ranked 130 in the United Nations’ Human Development Index based on measures that are likely to improve with fewer people being born annually.

Preventing pregnancy at a young age, especially among women in poor health, is crucial for attaining a key millennium development goal — lowering the infant mortality rate to 30, a target India set for 2012 but failed to meet, as IndiaSpend reported in January 2017.

In India, mothers aged below 20 years face 1.5 times the risk of losing their baby as compared with women aged 20 to 29.

Although only 2.1 per cent of SHP participants admitted to having married women aged below 18 years, the minimum legal age for marriage, Lale suspected many had in fact married women aged about 16 or 17, who were in the first year of college. Delaying childbearing gave them a chance to complete their education, he said.

A third of the participating women reported educational benefits. These were more likely to be older women, educated beyond grade XII and from families with monthly incomes above Rs 15,000.

A qualitative outcome associated with the SHP was “giving the bride time to adjust in her new family”, said Rao. A fifth of the interviewed women participants perceived better husband-wife communication as a key benefit.

India’s family planning programme would do well to extend and scale up an SHP-like programme across the country.

For one, involving men in family planning, a standout feature of the SHP, is imperative. A May 2016 Plos One study in rural Maharashtra showed that such involvement-by way of gender equity and family planning counselling-helped couples improve their communication about contraceptive practices and the use of contraceptive devices, and also reduced incidence of sexual violence.

However, the SHP fizzled out in 2009 after Mohite’s retirement, just when the programme was gaining traction. One health worker involved with the SHP is quoted in the paper as saying, “The results were very good because many newly married couples came and asked the Auxiliary Nurse Midwives for more information about it. Just as awareness was building up, the programme closed.”

Three other pre-conditions can be gleaned from the successes and failures of other conditional cash transfer schemes in India, which could inform the conceptualisation, design and implementation of such programmes in future:

* Plug leakages in the system

“We need to tell people that babies born to younger mothers , even if they survive birthing, have lower birth weight, and end up developing more illnesses and burdening the nation,” the health ministry official said. He said educating people would work better than introducing yet another conditional cash incentive. At any rate, a cash incentive scheme would work only when supported by strong messaging.

Success for a conditional cash transfer scheme is when a participant said of the SHP: “It wasn’t about the cash incentive; it was to get to know my wife before we started a family.”