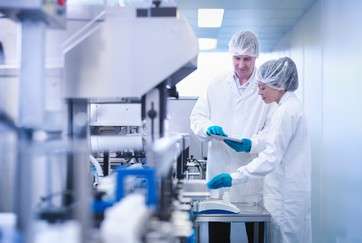 This is the first time in the world that a dual live-donor liver and kidney transplant surgery has been performed in such a small child, said Mathew Jacob, Consultant Liver and Abdominal Multi-Organ Transplant Surgeon at Aster Medcity, Kochi, Kerala.

Baby Parvathy was first diagnosed with a chronic kidney problem when she was just three months old.

She had Primary Hyperoxaluria Type 1 — a very rare condition wherein the deficiency of a liver enzyme called AGXT leads to abnormal spike in blood oxalate levels, which in turn causes permanent kidney damage.

The doctors determined that the only treatment option for Parvathy was a combined liver and kidney transplantation.

Parvathy was put on an intense nutritional rehabilitation programme to attain a pre-transplant weight of 10 kilograms, along with dialysis.

However, she stopped gaining weight due to multiple complications, which posed a major challenge for the surgery, as children less than 10 kilograms do not have adequate space to accept an adult kidney.

“The solution was to remove her damaged right kidney and use the space vacated by her liver to place the new kidney. The blood volume in her kidney too had to be increased using highly specialised perioperative anaesthetic techniques,” Jacob said in a statement on Saturday.

Her father and grandmother were identified as the liver and kidney donors, respectively.

The 20-hour transplant procedure comprised of three simultaneous surgeries on the liver donor, kidney donor and the recipient.

Post surgery, Parvathy stayed for 51 days in the hospital and recovered well and started gaining weight, according to the doctors.