It took 90 days, and four doctors across two cities to diagnose that Bhuveka Thareja, 13, suffered from tuberculosis (TB)….writes Shreya Shah

It all started with a fever in December 2015. The doctor gave Bhuveka some medicines and the fever went away. But in January 2016, the fever came back, and the doctor recommended a chest X-Ray. But nothing showed up, and the fever subsided with medicines. This cycle of fever, medication and tests continued until March 2016, when Bhuveka developed a persistent cough, and a doctor in a Delhi hospital recommended a CT Scan.

It was then that doctors realised Bhuveka had TB. But this wasn’t the end of their ordeal, said 43-year-old Jyoti Thareja, Bhuveka’s mother, who narrated her story.

“It was a nightmare for the family. Our child was disappearing before our own eyes,” Jyoti said. “We had been told that it was important she miss no dose of the medicine, and we would shout at her, even hit her to take the medicines. But still her health only deteriorated.”

In May 2016, doctors realised Bhuveka had multi-drug resistant TB, which is impervious to at least two of the main anti-TB drugs. It was only in July 2016, six months after the first signs of TB, that a doctor in Mumbai figured out the right combination of medicines that could treat the child.

Such experiences are not uncommon. It took the health system in Delhi a median of 41 days to begin treatment for regular, drug-sensitive paediatric TB after the patient came to a healthcare provider, according to a May 2017 study published in the International Journal of Lung and Tuberculosis Disease. Families of paediatric tuberculosis patients took a median of three days to reach out to a healthcare provider, the study found, while the time between the first visit to a health provider and start of TB treatment was between 10 and 397 days, the study found. 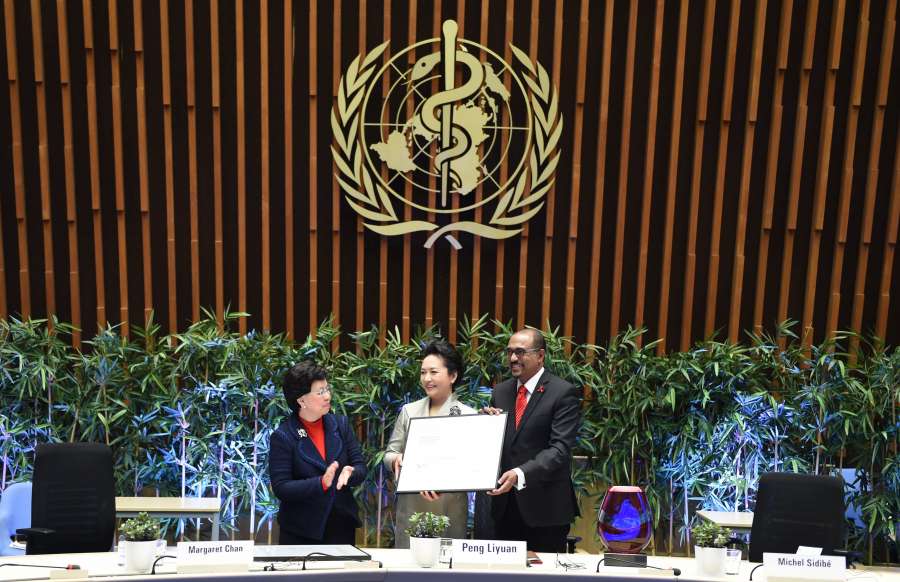 “Once the patient reached the RNTCP (the government’s Revised National Tuberculosis Control Programme), delays were shorter, and treatment was started within a maximum of seven days,” the study added.

These findings on patient and health system delays in initiation of TB treatment in children are based on 52 Direct Observed Therapy Short Course centres across Delhi, over half in urban areas. Most of these were government facilities (81.1 per cent); some were run by non-governmental organisations (13.7 per cent) and a few were community volunteers and private practitioners. Patients were between 0 and 14 years old.

If there is a delay in diagnosing TB in children “the disease could spread and cause damage, especially if it affects the neurological system and causes brain damage”, Soumya Swaminathan, Director General of the Indian Council for Medical Research, said.

Though most childhood TB is not infectious, about 20 per cent of the cases could be, and a delay in diagnoses could “put other children in school and family at home at risk”, added Swaminathan.

Tuberculosis is an infectious airborne disease, that if not treated could lead to death. India has an estimated 2.8 million new cases of tuberculosis every year, out of which at least five per cent are paediatric TB cases, according to data from the WHO and RNTCP.

But “a large proportion of children with TB are probably diagnosed and managed by India’s vast private sector”, according to a 2015 study, and the number of patients registered with the government is likely to be an underestimation.

In 2010, about 7.6 million children younger than 15 years in 22 high burden countries, including India, became infected with M tuberculosis, and roughly 650,000 developed tuberculosis, researchers estimated in an August 2014 Lancet study. Of these, 27 per cent of the total burden of paediatric TB is in India, the study estimated.

“At the onset of symptoms, only 18.9 per cent of the respondents had understood that the symptoms were due to TB,” the study found. “More than half of those who mentioned delay in seeking care believed that symptoms would subside without treatment.”

The study on delay in TB treatment for paediatric patients covers only regular or drug-sensitive TB that can be cured with a six-month treatment; drug-resistant TB could be tougher to diagnose and takes two years or more to treat.

In the beginning, 11-year-old Vanshika Kumar Kushwah had a boil in her underarm, which the family showed to a doctor in Gwalior, their hometown. “The doctor said it was nothing, gave her some medicines, and the boil subsided in a couple days,” her father said. But the boil came back after a week.

It took about one-and-a-half years, Rs 300,000, eight doctors, one operation, and countless tests across two cities, to diagnose that Vanshika had extremely drug-resistant TB, resistant to at least four anti-TB drugs.

“Can I save my child or not?” Vanshika’s father Vishwas Kumar, 39, said he thought often during the 18-month period. “Nothing that doctors did would make her better… At one point, she was taking upto 10 medicines a day and one injection. Such a small child has gone through so much.”

Commonly used diagnostic tests are not sensitive enough to the detect TB bacteria every time, which is further complicated by the fact that in case of paediatric TB, the bacterial count is much lower than for adults, known as paucibacillary, said Dhiren Gupta, a paediatrician at Ganga Ram hospital who gets about 10 new cases of paediatric TB every month. “The bacteria could take week to show up.”

In the absence of bacteriological confirmation, the diagnosis of childhood TB in countries where TB is not endemic is based on a triad of close contact with an infectious patient, a positive tuberculin skin test result, and presence of abnormalities on a chest radiograph, wrote Soumya Swaminathan and Banu Rekha, in a 2010 paper. These criteria, however, have limited application in countries where TB is endemic, such as India, because case detection and contact-tracing activities are not routine in national TB programmes, and transmission is not restricted to the household, the paper said.

If doctors, especially in rural areas, don’t have the diagnostic facilities, they will refer the patient to a hospital or a doctor in a nearby town. This also delays diagnoses as a family member has to take time out and travel with a child to a faraway healthcare provider, explained Swaminathan.

A slew of tests could also take longer when the patient is a child, because of a lower level of tolerance of the body, and greater vulnerability of children, Gupta, the paediatrician, explained.

India lacks widespread decentralised capacity to get good samples from children to test for TB, according to a government document. To solve the problem, the central TB control programme has expanded the use of the Cartridge Based Nucleic Acid Amplification Test (CBNAAT) or Genexpert, which is more sensitive than the more commonly used sputum test for detecting TB, and made it available for diagnosis of TB among children suspected to be suffering from TB, according to the central TB division.

“These have drastically reduced the period between a patient coming to the doctor and diagnosing TB,” said Gupta.

But there is still a lack of facilities at the lower rungs of the health system, especially in rural areas. There is a need for better diagnostic tools of advanced pathology, Genexpert, better training to extract and test the fluid from the stomach (gastric lavage) or enlarged lymph node, as well as X-Rays at all levels of the healthcare system, said Swaminathan.

India should also develop “approaches to shorten the care-seeking pathway”, perhaps through better training of providers to consider the possibility of TB in children with any persistent illness or swelling, particularly if they are not thriving, the study on health delays in diagnosing paediatric TB suggested.

Children, especially younger children, living in a house where an adult has TB should always be checked for TB, and put on preventive therapy, said Swaminathan. “Children usually contract TB when a family member or an adult in close contact has TB,” she said.

On the right medicines for multi-drug resistant TB, and with the help of a psychologist, Bhuveka is now getting better, her mother Jyoti said. “She has started gaining weight, the fever is gone, and she has started believing she will get better.”