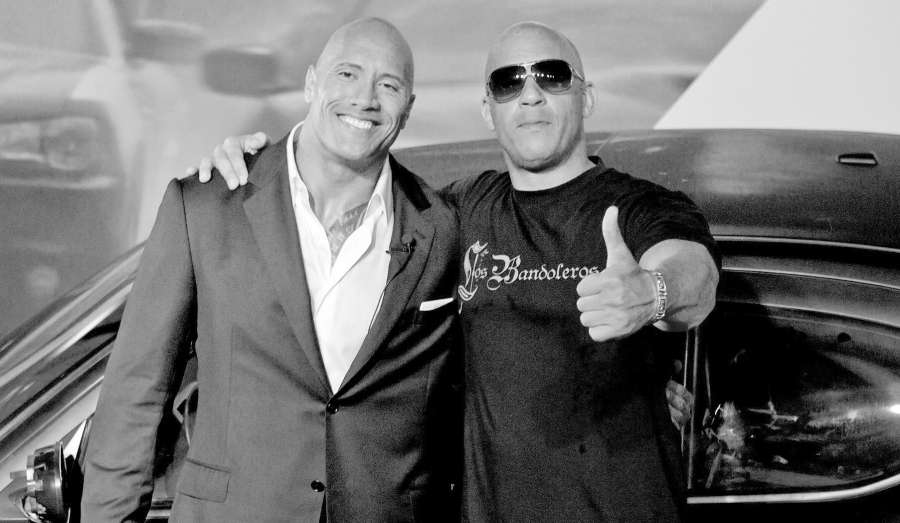 Actor Vin Diesel says he and his “The Fate of the Furious” co-star Dwayne “The Rock” Johnson are close to each other in a weird way…..reports Asian Lite News

In August last year, there was buzz that Diesel and Johnson had a fight during the shooting of the upcoming film when Johnson slammed a co-star without naming him over Instagram.

However, Diesel has cleared the air stating that they are working fine together.

“I don’t think the world really realises how close we are, in a weird way. I think some things may be blown out of proportion. I don’t think that was his intention. I know he appreciates how much I work this franchise. In my house, he’s Uncle Dwayne,” Diesel said.

Diesel said that he cares about Johnson “more than he’ll ever know”.

“I protect the franchise. I protect everybody including Dwayne. I protected Dwayne more than he’ll ever know. And it doesn’t matter. He doesn’t have to know. But he appreciates it. He knows it.

“Dwayne has only got one Vin in his life. Dwayne Johnson only has one big brother in this film world and that’s me,” he said.

The rumours about Diesel and Johnson’s feud spread in the final weeks of “The Fate of the Furious” shooting.

During that time, Johnson wrote: “Some conduct themselves as stand up men and true professionals, while others don’t. The ones that don’t are too chicken s**t to do anything about it anyway.

“Candy a**es. When you watch this movie next April and it seems like I’m not acting in some of these scenes and my blood is legit boiling-you’re right.”

“The Fate of the Furious” is set to to release on April 14.