Chef Ajay Chopra, who has explored forgotten recipes and delicacies from different northern states of India for a new season of food show “Northern Flavours”, feels Indians have started valuing international cuisine over their own. He says it’s imperative to revive the love for Indian food….writes Kulsum Mendiratta 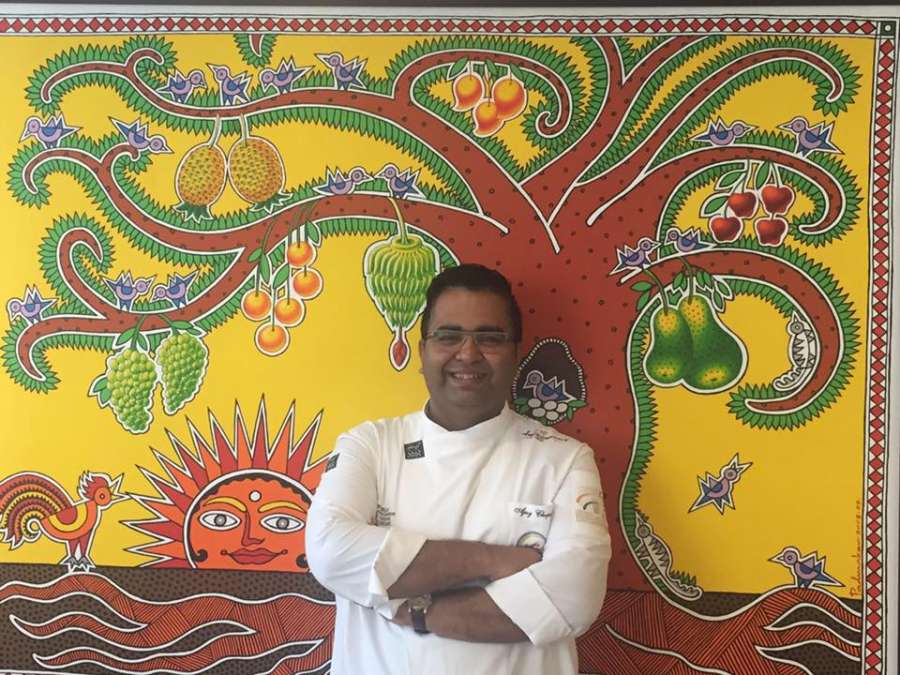 “When ‘Northern Flavours’ was conceived, the makers of the show came to me with the idea and I was completely thrilled. It happened exactly when chef Manjit Singh (alumni chef) and I were talking about the downfall of the Indian cuisine, particularly in India and how it needs to be revived.

“People in India have started to explore much more foreign food than our own food. That’s where this whole thought process came and I was very kicked about the show, and said, ‘Let’s do it’,” Chopra said.

With “Northern Flavours”, which went on air earlier this week on Living Foodz channel, the attempt is “to glorify Indian food”.

“It was to gets it glory a hundred years back but somehow it never happened. I am just being a torchbearer of our own cuisine, which is so great and full of flavour. It just didn’t get the right platform,” Chopra added.

“In the last 21 years of my career, every day has been a learning one. But during the show, I came across Rawat’s kachoris (from Jaipur). There were spots on the kachoris and ideally, a chef would discard it. I got to know that he (chef there) would sprinkle cold water on them before frying, and that’s what made them special.

“I never knew it. That’s why every single time I travel or go out, my eyes are always open to see and explore new things that our country has to offer,” said Chopra, who has shows like “Hi Tea” and “Chop Chop Chopra” to his credit.

He even co-hosted and judged MasterChef India’s Season 1 and 2.

As a chef who worked as the head of the kitchen brigade for globally recognized hotel chains Marriott and Starwood, was it difficult for him to showcase recipes which had tough and cumbersome techniques behind them?

“If something is cooked on coal for two days, we are not going to replicate that on television, but at the same time we get the essence of it. We try to understand what exactly happens. If a recipe requires slow cooking, we will take that essence… We might not cook it on smoke, but we will cook it for six hours. We do the research and then show it on TV as people need to replicate the same things at home.” Chopra said.