In a clear instance of adversity being turned into an opportunity, mango varieties from northern India, which arrive in the market much after those from western and southern India have satiated the appetites of aficionados, could now get a leg-up with the government promoting their export — and the first lot could be headed for Iran later this year….writes Saurabh Katkurwar 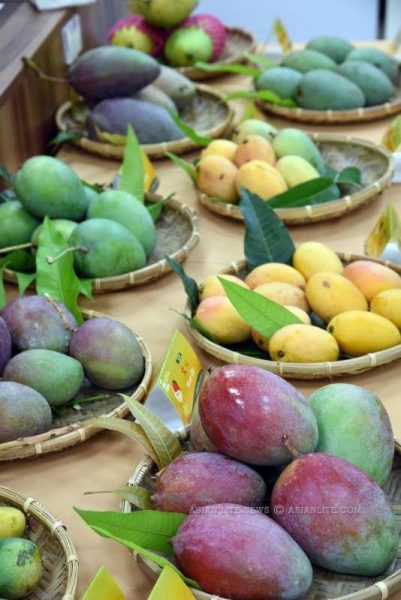 “When the mango season starts in March, varieties such as alphonso, badami and banganapalle hit the market and they get attractive rates and export opportunities. However, when mangoes from the northern parts arrive by late June and July, there is no demand, which results in poor returns to farmers,” Agricultural and Processed Food and Products Export Development Authority (APEDA) Chairman D.K. Singh said.

“So we have decided to promote these varieties (daseri, chausa, langda) globally and locally. If everything goes as per plan, mangoes from Malihabad (in Uttar Padesh) will set off to Iran this year,” Singh added.

This follows the Food and Drug Administration Department of Iran accepting the Indian Embassy’s invitation to examine local mango varieties in Malihabad, the core area of mango production in north India.

The promotion of these mangoes will also result in better prices in local markets as well, APEDA officials hoped.

However, exports from north India were found to be very low.

“At present, daseri from Uttar Pradesh is being exported but the quantity is less. Now, the demand for mangoes abroad, including the US, has seen a steady increase in the past few years. So we want to promote the late-arriving varieties as well,” APEDA Deputy General Manager Sudhanshu said.

Malihabad grower Kaleem Ullah Khan, who was in 2008 awarded the Padma Shri, India’s fourth-highest civilian honour, for developing innovative varieties of mangoes, sought a subsidy in air-freight charges to flourish in the global market.

Echoing Khan, Insram Ali, President of the Mango Grower’s Association of India, said the government should provide better transport facilities, including an increase in the subsidy for brand promotion and air-freight of up to 50 per cent.

“While alphonso in Maharashtra reaches Rs 1,200 per dozen, Malihabad mangoes fetch a maximum Rs 80-90 per kg. If we effectively succeed in promoting these mangoes abroad, especially in the Gulf countries, we will get a fair price,” Ali told said.

The government, however, will have to take measures for preserving Malihabad mangoes while exporting them since their shelf life is of just 4-5 days as against 12-15 days for alphonsos, Ali cautioned.