South Africa Tourism Minister Tokozile Xasa said that India has turned out to be the best performing market for South Africa, with a growth of 21 per cent in 2016, against the average increase of 13 per cent for the country as a whole….A special report by Christine Nayagam for Asian Lite News 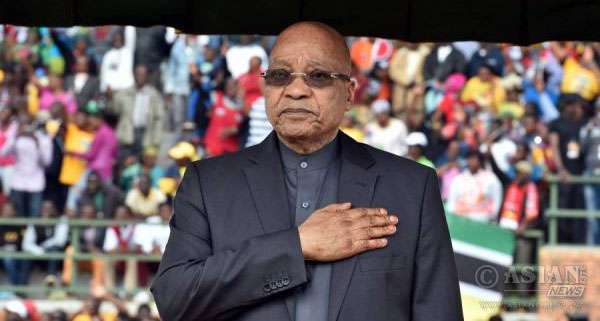 “South Africa is a melting pot of cultures, so the tourists feel very comfortable here. Our rich culture and history makes us a destination for India, especially because the relations between our two nations are very close,” said Xasa at the INDABA tourism fair.

There is a very large Indian population in South Africa, dating to over 150 years ago, Xasa said.

INDABA, by far the largest tourism fair in the African continent, was inaugurated by President Zacob Zuma on Tuesday.

Besides South Africa, tourism professionals from 21 other African countries were participating in the fair that attracts buyers and leading travel companies, as well as media, from around the world. It will go on till May 19.

“We had already doubled our market in India between 2009 and 2013. In 2014, we lost a bit of ground due to air connectivity and visa backlog, but now we are back in force,” added Hanneli Slabber, CEO of South Africa Tourism in India.

South Africa is also looking for lucrative segments like MICE (Meetings, Incentives, Conferences, and Exhibitions) and business travel in the Indian market.

“There is a lot more potential in the Indian market. Our common culture and heritage is of course a strong point… I think we can do much more in small and medium enterprise segment and also vis a vis women in business. We want to partner more and learn more in these areas,” the minister said.

The CEO of South Africa Tourism in India said the country has rapidly adapted to the Indian expectations.

“Seven years ago, one of our major drawbacks and barriers for travel from India was about food… Today, in South Africa, you will not find a restaurant that does not have vegetarian food on its menu. It is freely available now not only in metro cities but also small towns in the countryside,” Hanneli Slabber said.

Promoting tourism to Africa has not been without its challenges, though. Crime figures high on the list.

Along with other African nations, South Africa is also perceived as dangerous. But Slabber said that the reality on the ground is different.

“What we have done incredibly badly is how we have marketed South Africa after 1994. Earlier, we did have a problem of crime. But we have not managed to do is to communicate how the country has moved from 1994 to 2017,” Slabber said.

“To reassure our tourists, we have also had for a while a unique telephone number for tourist safety where the tourists can be facilitated in terms of lost passports and documents, pretty much like India has done now.”

Slabber said South Africa also suffers from incidents that happen in other African nations. One such case was the Ebola outbreak in West Africa, which dampened the traffic from India.

“Indians don’t realise that we in South Africa were very far from the Ebola-affected areas,” she said.

Another drawback is the air connectivity as South African Airways has still not re-started its direct flights to India.

“We are trying to come up with solution as far as the air connectivity is concerned. There is no direct flight and looking at a huge country like India, it is a major concern. But, there are a few airlines who adapted their timings in order to facilitate travel to South Africa,” Slabber said.

She said that the country have collaborated with Rwanda Airlines that has started a first direct flight from Mumbai to Kigali and from there to Cape Town.

“The fares are extremely attractive, about Rs 25,000, including taxes. We are also collaborating with Etihad and Abu Dhabi to have improved connectivity with India,” said Slabber.

President Zuma urged other African nations to leverage their tourism potential from source markets such as India, just as his nation has done.

“Africa is investing in infrastructure development projects that will help us promote tourism. One of the key goals is to work towards a seamless travel experience across the continent,” he said.