The media reported the Central Intelligence Agency (CIA) refused to confirm the validity of the information on electronic spying techniques made public by WikiLeaks, but it said that disclosures of this kind put Americans in danger….reports Asian Lite News 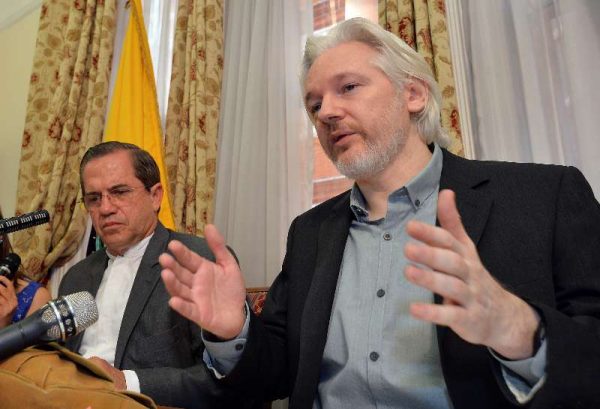 “Such disclosures not only jeopardise US personnel and operations, but also equip our adversaries with tools and information to do us harm,” CIA spokeswoman Heather F. Horniak said.

WikiLeaks, headed by whistleblower Julian Assange, on Tuesday posted a series of seven batches of leaks, called “Vault 7” and of which the group entitled “Year Zero” including 7,818 pages with 943 attached files had already been published, Efe news reported.

The non-profit organisation published the huge batch of secret alleged CIA files, in which hacking tools the government uses to crack users’ computers, mobile phones and other devices are discussed in detail.

The CIA said it would not comment “on the authenticity or content of purported intelligence documents” revealed by WikiLeaks or on the status of any investigation into the source of the documents.

The US intelligence agency said that part of its mission to protect Americans from hostile nations, adversaries and terrorists is to be “innovative” in gathering intelligence information abroad.

CIA activities are subject to rigorous supervision and fully respect US laws and the Constitution, it said.

The CIA noted that it is prohibited by law from engaging in e-spying on US territory or against Americans.

WikiLeaks said that its documents reveal that the CIA has managed to circumvent the security protocols in a wide range of companies and products in Europe and the US, including Apple’s iPhone, Google’s Android phones and Samsung’s smart televisions.

Sean Spicer, the White House spokesman, on Wednesday said the release of documents “should be something that everybody is outraged about in this country”, The New York Times reported.

There was, he added, a “massive, massive difference” between the leak of classified CIA cyberspying tools and personal emails of political figures.

On February 16, WikiLeaks released what appeared to be a CIA document laying out intelligence questions about the coming French elections that agency analysts wanted answers to, either from human spies or eavesdropping.