Infosys will create more jobs for Americans in America as a result of the President Donald Trump’s unfavourable acts on visas and outsourcing and as a first step, the Indian Software giant announced that it would hire 2,000 Americans in US’ North Carolina state by 2021….reports Asian Lite News 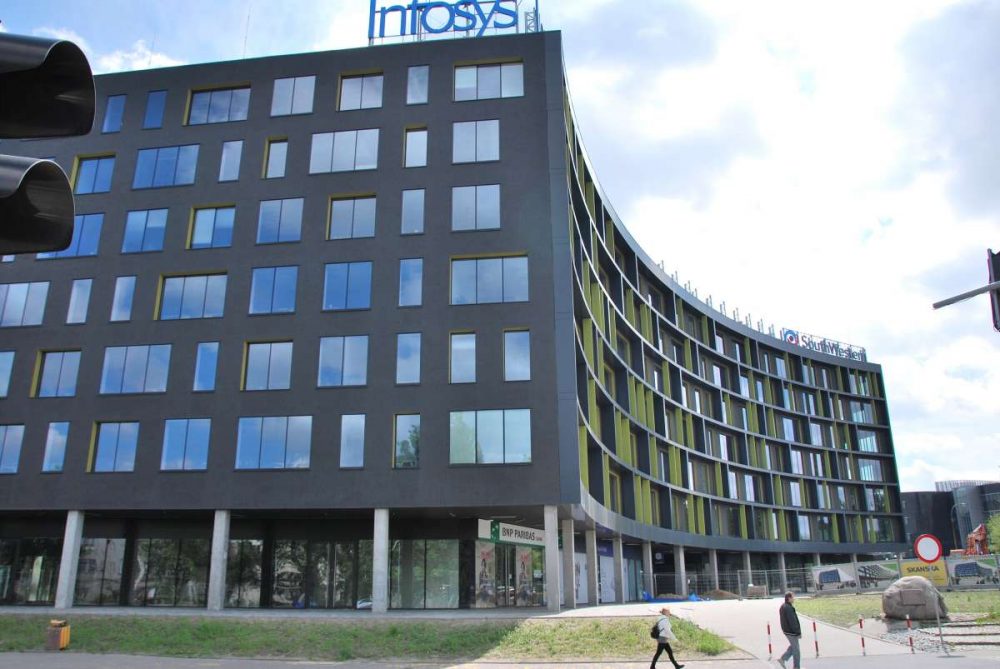 “We will open a technology and innovation hub in North Carolina and hire and train 2,000 American workers in the state by 2021,” said the IT major in a statement here.

The hiring in North Carolina is part of the company’s May 2 announcement to recruit 10,000 Americans by setting up four such hubs across the US to focus on new technologies, including artificial intelligence, machine learning, user experience, emerging digital technologies, cloud and big data.

The hiring of Americans is seen as a fallout of US President Donald Trump’s executive order on H1-B visas in April, as clients in North America contribute about 60 per cent of the $10.3 billion company’s software export revenue annually.

The North Carolina hub will be second after the first hub in Indiana state by August where 2,000 jobs will be created for American workers.

“The investment in North Carolina reinforces our commitment to open four such technology hubs in the US and hire 10,000 American workers over the next four years,” said Infosys.

About 500 of the 2,000 employees in North Carolina will be hired over the next two years to help drive innovation and create the next generation of American workers.

The company will also partner with the North Carolina community college system to create a customised programme designed to train the workforce.

North Carolina will contribute a $3 million grant towards upskilling the workers.

“Our endeavour is to be a leader in boosting American innovation in the transformation of its core industries and help create the nextAgeneration of American innovators and entrepreneursAthrough education and training,” said Infosys Chief Executive Vishal Sikka.

With a talented workforce focused on advanced manufacturing and clean technology, he said the graduates and professionals would leverage AI, machine learning, analytics and cloud to drive the transformation of core US industries like aerospace, banking, biotech, and energy.

North Carolina Governor Roy Cooper said the state’s central role in technology innovation made it a perfect fit for Infosys.

“Our universities and high-tech workers drive growth and attract companies from the world over looking to innovate,” he said.