Sunayna Dumala, the wife of Indian techie Srinivas Kuchibhotla who was shot dead in Kansas in a hate crime last week, has said that she will return to the US to fulfill his dream….reports Asian Lite News 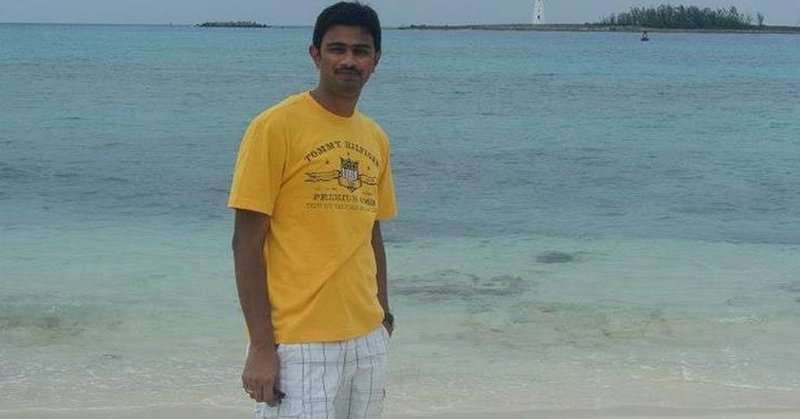 Sunayna, who came here with the body of Srinivas, revealed this in a heart-wrenching Facebook post, which went viral.

While Srinivas’s mother said she will not allow her younger son Sai Kishore to return to the US, Sunayna is determined to resume life in Kansas where the couple had moved few years ago with dreams and built their house.

“This is my Srinu’s dream, and it is the least I could do for my Srinivas – fulfill his dreams through my eyes – and it is for this I have to come back to the USA,” she wrote while thanking Congressman Kevin Yoder and Senator Jerry Moran for working on her migration status.

Srinivas was on H1B visa while Sunayna was on H4 dependent visa.

Her Facebook post assumes significance in the wake of reports that US authorities may not allow her to enter the country.

Srinivas, 32, was killed and his friend Alok Madasani was injured when Adam Purinton, a white man who earlier served in the US Navy, shot them at the Austins Bar & Grill in Olathe, Kansas state, on February 22.

Srinivas and Alok were working as aviation programme managers at Garmin, an MNC.

Recalling their meeting in 2006, long friendship and marriage in 2012, she wrote that Srinivas gave her the courage to pursue her dream of coming to the US and studying and this made her an independent, self-sufficient and strong woman.

“I started working only recently, May 2016. He’d played a major role in me attaining a job,” said Sunayna, who works at Intouch Solutions in Kansas.

She recalled that they moved from small town like Cedar Rapids, Iowa to a big city so that she could get a job and be able to pursue her dreams.

“Kansas was our instant choice, and we moved here with a lot of dreams. We built our dream home, which he painted, and installed the garage door,” she wrote.

The couple were also planning to expand their family. “We had had a doctor’s appointment just a few weeks ago. One of the last thoughts that he shared with me were Nani (his nickname for me), we need to save money if we have to end up going for in-vitro to conceive.”

Srinivas would have turned 33 on March 9 and the couple were planning to fly to New Jersey for his cousin’s engagement. “He was excited and eagerly waiting for the event, and we had plans to shop this past weekend for the trip. Things turned out differently, I was on my way to India with him in a coffin.”

She wanted to know what the US government will do answer the questions that are in every immigrant’s mind: “Do we belong here? Is this the same country we dreamed of and is it still secure to raise our families and children here?”